The division of Afghanistan was partly caused by the rivalry between several countries in the region, such as Iran, Saudi Arabia, Uzbekistan, Pakistan and Russia, directly or indirectly intervening in the civil war. According to Countryaah, the appearance of the armed group “Taliban” (Persian: “the students”) in southern Afghanistan changed the war. These guerrillas, trained in Pakistan, aimed to create an Islamic unity government in Afghanistan and could count on the support of many sectors of the community. 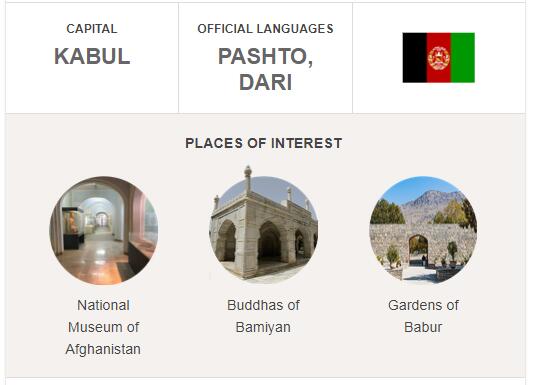 In February, the Taliban captured Hekhmatyar’s headquarters, located in central Afghanistan, while Dostam’s militias continued to strengthen their positions in the northwest. After almost completely smashing Kabul, it was found that almost 2/3 of the country’s population now lived in areas controlled by the Uzbek militias. At a time when all hope for a solution to the civil war seemed out of place, around 8,000 Taliban, mid-year, began a bombardment of Kabul’s center from the suburbs. In September, the capital fell into the hands of the Taliban, at a time when the government was fleeing to the north of the country.

During the first months of 1997, the situation remained unchanged, but at the end of the year, Dostam sought to dissolve the alliance with fugitive President Burhanuddin Rabbani and join the Taliban militias. However, this new alliance lasted only a few weeks and the conquests of the Kabul forces were quickly lost. Ahmed Sha Massud, Rabbani’s former army commander, became the leader of the new Amitai-Taliban federation and conquered control over northeastern Afghanistan, which in effect became an independent republic.

In order to gain control over most of the Afghan territory, the Taliban had to rely on support from Pakistan, Saudi Arabia and the United States. In trying to fulfill the goal of wanting to rule in accordance with the Qur’an, the Taliban, after taking Kabul, imposed injunctions that removed women from public life and deprived them of the right to education. At the same time, music and singing, except religious music, were banned; cinemas and theaters were closed and liquor bans were introduced. From the conquest of Kabul, the Taliban government introduced a series of decrees seeking to introduce Islamicrules in sports life. At the celebrations in connection with the “anniversary” of the conquest of Kabul, a huge sports show was organized in which the 3,000 athletes – the women had also been excluded from sports – were covered from neck to knees. They were banned from clapping and told the crowd that the only encouraging cries allowed were: “Alla uh Akbar”, “Almighty is Allah”.

An earthquake, on February 4, 1998, destroyed Rustaq, a city controlled by opposition forces, led by Massud. The Kabul government, which considered it a disaster affecting all Afghans, sent hundreds of trucks of medicines and food to aid the thousands of victims plagued by hunger and cold as a result of the earthquake.

In July 1999, the opposition tried to rally under the leadership of Massud, who still controlled 10% of the country. But in August, the government launched a military offensive that halted this unification process. The fighting did not change significantly in the strength of the relationship – both sides won smaller areas and had to withdraw from others. By the end of 2000, the Taliban controlled 95% of the country.

On September 3, 2001, the Alliance leader Massud was killed by a suicide attack apparently ordered by Taliban leader Mullah Omar. It suddenly broke the opposition’s hopes of overthrowing the Taliban government. But in a completely different place in the world, the fate of the board was sealed. For the United States, Afghanistan was strategically important with its borders against China and Iran and against the oil fields in Central Asia. Therefore, North American oil companies had already made contacts with the Taliban regime in the late 1990s with the aim of building an oil pipeline from the Central Asian oil fields through Afghanistan to the Indian Ocean. But the plans were put on hold due to major discrepancies.

Gross national product (GNP, per resident and year): 570 US$

Employed by economic sector: no information

Unemployment (in% of all economically active persons)
no information

Extremely continental climate. Summer hot (temperatures up to 40ºC), winter cold in the mountains; high daily fluctuations in temperature. Little rainfall (less than 100 mm, mostly in spring), which decreases towards the southwest. The east receives summer monsoons (less than 1000 mm). Sandstorms in the southern semi-desert and desert areas.