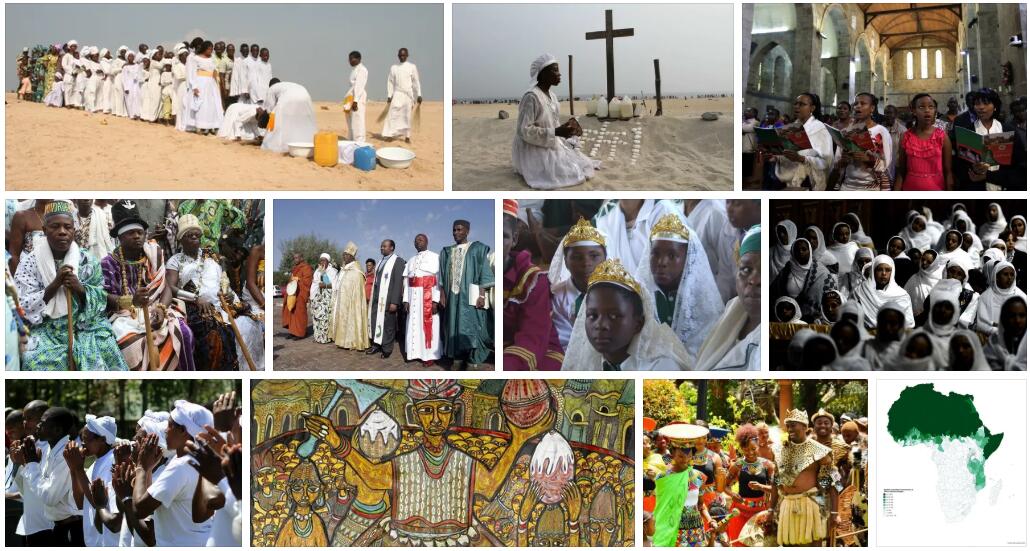 By far the most important religions in Africa are Christianity, Islam and indigenous African religions. In modern times, Islam and Christianity have increased rapidly at the expense of the African religions. However, domestic beliefs and attitudes continue to exist to a greater or lesser extent also within the framework of world religions, giving them an African feel. For the indigenous religions and acronyms, see AbbreviationFinder.org. 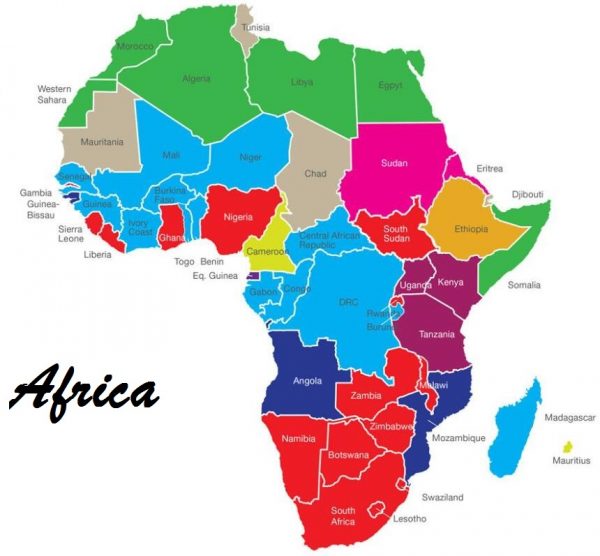 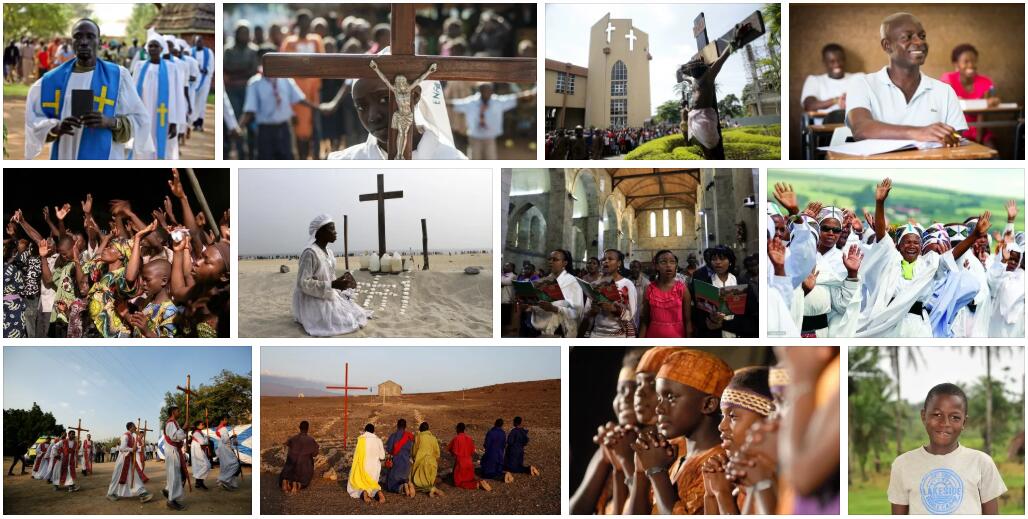 Christianity was brought to Africa by the beginning of the century, first to Egypt (Alexandria), then to the provinces of Africa and Numidia, ie. present Tunisia and Algeria (Carthage). In this western area, the Christian Latin was created. Significant African theologians were Origen and Kyrillos in Alexandria, Tertullian, Cyprian and Augustine in Africa and Numidia. Christianity also spread to the Coptic countryside of Egypt. During the 300s, this sea route came to Ethiopia, a little later to Nubia.

The arrival of Islam put Christianity in a minority situation. While it largely disappeared in Maghreb (former Africa and Numidia), the Coptic church remained in Egypt in co-existence with the Muslim government. The Nubian church was obliterated, while the Ethiopian retained his position.

From the 16th century, new mission initiatives came in connection with colonial expansion. This also characterized the distribution of societies: the Catholic Church dominated in Belgian, French and Portuguese colonies, Protestant churches in British and German colonies.

During the 20th century, the African Christianity expanded very rapidly and in competition with Islam. The desire for political and cultural independence has often been expressed in domestic prophet movements (eg Kimbangism). In connection with the decolonization after the Second World War, a large number of independent African churches have emerged. The Catholic Church in Africa also has a conscious domestic character. Many church leaders (such as Archbishop Desmond Tutu) are strongly involved in the political liberation from the remnants of colonialism, and a “black theology” has been trained; a form of African liberation theology. There are also a great deal of charismatic movements with local prophets. The previously tense relations between Catholic and Protestant missions have now often been replaced by ecumenical cooperation.

Of the old churches in Africa, especially the Coptic church shows great vitality, but also the Ethiopian church has a strong position as a folk church.

The number of Christians is estimated at 200-300 million.

Islam is the dominant religion in North Africa and state religion in all North African countries as well as in Mauritania and Somalia. It spread in northern Africa as early as Muhammad’s own century (600s) and is therefore deeply rooted. Especially through Arab and Berber trade, Islam during the Middle Ages also spread to the sub-Saharan Africa, mainly in urban environments. However, more extensive Islamic expansion in sub-Saharan Africa only occurred during the colonial era. Like Christianity, Islam came to be favored by Western colonialism. Improved communications, urbanization and the fact that colonial regimes often used literate Muslims in the local administration were some of the factors that contributed to Islam’s rapid spread.

The overwhelming majority of Muslims in Africa are Sunnis. In Africa, the dividing line between Muslims who are respectively not members of the many Sufis is much more important than the division into Sunnis and Shiites. Sufism and the leaders of the various orders, which in North and West Africa are often called marabots, generally have a very strong position. The organizers not only have a ‘mystic’ religious character but are almost always involved in social, economic and political issues as well. Sufism has generally shown a very tolerant attitude towards indigenous African beliefs and patterns of life.

The so-called fundamentalist Muslims are increasing in numbers, as in other parts of the Muslim world. However, the Muslim politicians sitting in power in North Africa and in Muslim-dominated countries in sub-Saharan Africa have mainly a “modernist” Islamist view, often in the form of an idealistic (non-Marxist) socialism called “Islamic”. “Fundamentalism” is thus an opposition movement.

Other religions with representatives in Africa are  above all Judaism and Hinduism. Small groups of Jews are found both in North Africa and in parts of sub-Saharan Africa (eg South Africa). Particularly famous are the Falash Jews in Ethiopia. The Hindus are essentially Indians who immigrated to modern times and who live and work primarily as businessmen in cities along the Indian Ocean.

A number of new religions have also emerged. An interesting example is “Godianism”, founded in 1948 by the chief KO Onyioha in Nigeria and which reflects the influence of Islam and Christianity on the domestic religiosity.