In early April 2013, the United Nations High Commissioner for Human Rights, Navi Pillay, visited the country at the invitation of the government. During his visit, Pillay raised numerous concerns about the country’s respect for human rights: restrictions on freedom of expression, excessive use of force to suppress protests, mistreatment and sexual abuse against unregistered emigrants, forced removals, and violation of economic and social rights. Pillay’s visit put a rare spotlight on the country’s human rights, largely ignored by Angola’s regional and international parties, which prioritize trade relations with the country. Despite the visit, conditions did not improve.

In 2014, the country was subject to the regular inspection (UPR) of the UN Human Rights Council. Angola had then accepted 192 of the 226 recommendations from the previous review and declared that it would consider the remaining 34 recommendations further – many of them in the areas of freedom of expression and assembly. But in March 2015, the government declared it rejected the 34 recommendations. 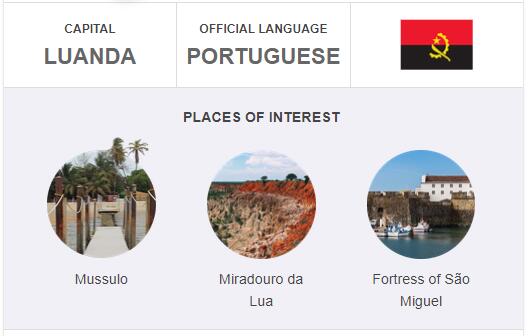 According to Countryaah, Angola gained a seat on the UN Security Council on 1 January 2015 – for a two-year term. The country was hit hard by the drastically falling oil prices during the year, as the oil accounted for 97% of export revenue.

Fifteen young activists were arrested by security forces in the days of 20-24. June in Luanda. They had attended a peaceful meeting to discuss politics and governance under dos Santos’ leadership. In September, they were charged with preparing for the uprising and conspiring against the president. Four activists began a hunger strike in the same month in protest of their illegal detention. For the longest lasting, it was a 36-day hunger strike. The lawsuit against the 15 was opened in November. The penalty for the charges they were put on trial was about 3 years in prison. The imprisonment of the 15 triggered demonstrations, clashes with security forces and new detentions.

In March, Parliament passed a new tight law regulating the activities of NGOs in the country. The law imposes strict restrictions on funding and the actions of NGOs, and opens up extensive government intervention against NGOs, and thus the country’s civil society.

The fall in oil prices on the international markets in 2016 meant that Angola reduced the state budget by 20%. The cuts triggered demonstrations, and in July, the United Nations Economic, Social and Cultural Rights Committee warned about the consequences of the general cuts. Among other things. that the healthcare sector was no longer given the necessary resources.

The parliamentary elections in August 2017 were a minor defeat of the ruling MPLA, which went back 25 seats to 150. In contrast, the largest opposition party UNITA went 19 seats up to 51. Already in December 2016, the MPLA had decided that the incumbent President dos Santos should not line up again. The party’s leader and first candidate should instead be Defense Minister João Manuel Gonçalves Lourenço. As MPLA received 61.1% of the vote despite the decline, João Lourenço was appointed as the country’s president in September.

Ten days after the August elections, UNITA filed an election fraud complaint, but this was rejected by the Supreme Constitutional Court a few days later.