About. 78% of the population are members of the Catholic Church, which is divided into two epistles and seven other dioceses. The largest of the evangelical denominations is the Evangelical church of the Augsburg confession in Austria, which has a synodal/bishopric organization and a population support of around 5%. Muslims make up just over 2%. Other minority groups make up around 3% (including 10,000 Jews), and just over 10% are without religious affiliation. All religious communities are regulated by the Law of Corporations (Körperschaft) as in Germany. provides tax benefits. 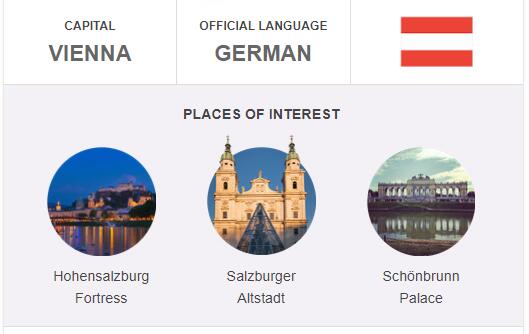 According to Countryaah, Christianity came to Austria as early as the 300s. The Archdiocese of Salzburg was created in the late 700s, while Vienna gained the Archdiocese of 1469. During the Reformation in the 16th century, Protestant doctrine won at the expense of Catholicism, especially among the nobles and the citizens. However, the Counter-Reformation took over in the 1600s. In the 18th century, the reform policy under Maria Theresa and Joseph II led to restrictions on the power of the church, and after 1780 the church was organized as a national church under state control. The state church system was abolished and religious freedom was introduced in 1848, but in 1870 the church was again linked more firmly to the state. The authoritarian Catholic regime under Engelbert Dollfuss concluded a concordate date with the Pope in 1934. This was renewed in 1957 and continues to exist.

Austria-Hungary gained a large Muslim population in Bosnia-Herzegovina in 1878, and the country became a multi-religious state. In 1911, Islam was approved as a separate religious community, and this was the historical and legal basis for the official recognition of Islam in 1979.

On October 12, 1995, the coalition between SPÖ and ÖVP collapsed, and Vranitsky made new elections. On December 17, SPÖ achieved 38%, ÖVP 28% while Haider suffered his first defeat since 1986 and achieved only 22%. After the election, Vranitsky again formed government in coalition with the ÖVP.

In mid-1996, unemployment rose to 4.4% of the unemployed, which corresponds to approx. 300,000 people, while more than 1,600 companies had to turn the key in the first 9 months of the year. This situation must be compared with the economic pressure put on Austria in connection with its accession to the EU. In February 1998, the head of the Austrian LO demanded a reduction of working hours to 35 hours per week, thus creating new jobs.

The dissatisfaction contributed to an increase in the number of ultranationalist groups. In June 1996, the so-called “Freedom Alliance”, formerly the FPÖ, succeeded in gaining as many seats in the European Parliament as the SPÖ, namely 6 for each. In the October general elections, the Freedom Alliance won 7 seats in the Vienna City Council, which was otherwise traditionally a socialist bastion. SPÖ lost 10 seats – and the absolute majority – while ÖVP lost 2 seats.

The prime minister and the head of government, Frank Vranitsky, took advantage of a quiet moment to step down, under the influence of an internal demand in the party for renewal. In January 1997, he was replaced by Finance Minister Viktor Klima, a bona fide dealer and the architect behind a savings plan that was implemented that year. The takeover of climate power opened up new perspectives, regarding an approximation between SPÖ and Haider’s party. A referendum in April resulted in a demand for the state to ban the use of genetically engineered foods.

During a visit to Israel in March 1998, Climate promised that the Austrian state would pay compensation to the victims of Nazism and acknowledged the role Austria had played in the extermination of millions of Jews. Vienna had previously for several years denied any co-responsibility, claiming itself to be a victim, since Germany had annexed the country in 1938. Austria took the EU leadership in July. A post that goes “on a lap” every six months.