The October 1998 elections were this year’s most important political event. The main opposition leaders, including former president Abulfaz Elchibey boycotted, and the incumbent President Aliev got 76% of the vote. The opposition characterized the election as a scam and conducted demonstrations, while the editors of 20 newspapers conducted a hunger strike demanding the cancellation of the election.

According to Countryaah, Nagorno Karabach President Samvel Babayan was wounded in a failed March 2000 attack. 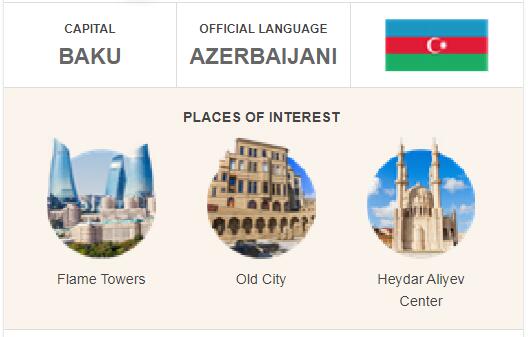 The parliamentary elections that year were overwhelmingly won by President Aliyev’s party, which once again got international observers to criticize the country’s opaque electoral system. New criticisms were directed at the Azerbaijani government in 2001. This time from the Council of Europe, which criticized the lack of freedom of speech and the existence of political prisoners. Nevertheless, the country was admitted to the Council of Europe that year.

The September 2001 terrorist attack in New York gave President Aliyev a new respite. He declared that Azerbadjan will support the United States in its fight against terror, and in return Washington lifted the sanction that had been aimed at Azerbadjan since 1992, after Baku closed its train links to Armenia. Aliyev allowed the United States to use Azerbaijan’s airspace in its relocation of troops and supplies to US bases in Central Asia. At the same time, the United States has stepped up its oil interests in the country. An oil and gas pipeline is under construction from Baku through Georgia to the Ceyhan shipping port in Turkey for commissioning in 2004.

Pope Paul II visited the country for the first time in 2002 and called for the settlement of the religious conflicts. After the visit, there was an uprising in Nardaran near the capital Bakú. At least one was killed and several were arrested after the people tried the local city government. The government declared that the area was the center of Islamic extremism, but locals insisted that the uprising was due to extreme poverty and lack of employment.

Several hundred people also demonstrated in Bakü against the poverty and the miserable living conditions. At the same time, they demanded that the vote to amend the constitution be canceled. President Aliyev collapsed during a TV transmitted speech and was hospitalized in Turkey. He subsequently appointed his son Ilham as prime minister.

In October 2003, Ilham Aliyev won the presidential election, which observers described as a little far from international standards. The opposition demonstrated in the streets, police cracked down on protesters and hundreds were arrested.

In July 2004, Pakistani President Pervez Musharraf visited Bakú. The purpose of the visit was to strengthen relations between the two countries’ governments and to conclude a number of agreements. Despite the countries’ vastly different sizes and historically low trade, in 2003 they signed a military cooperation agreement, enabling Pakistan to bring Azerbaijan troops into the country. In return, Musharraf hoped to get favorable agreements on the purchase of oil and gas from the large fields in Azerbaidjan.

The second time the government allowed the opposition to take political action, in June 20,000 people staged a demonstration in the capital Bakú demanding free elections and the departure of the president. The demonstration was conducted by the Azadlig (Freedom) bloc, which consists of the three largest opposition parties.

The demonstrations against the government continued throughout Baku in 2005, each time violently attacked by the police. In March, journalist Elmar Huseynov was killed by gunshots. In preparation for the inauguration of a new gas pipeline in May, police once again attacked protesters. Several dozen protesters were injured. As the parliamentary elections approached, police again attacked protesters in September and October. The parliamentary elections were once again won by the ruling party, which sparked protests from the opposition. It triggered renewed repression by police.

North American Steven Mann, who had for some time mediated between Azerbaijan and Armenia in the Nagorno Karabaj conflict, announced in February 2006 that the mediation between the two countries had failed.