In 2010, the population consisted of Belarusians (84 percent), Russians (8 percent), Poles (3 percent) and Ukrainians (2 percent). The Russian and Jewish population are preferably urban dwellers, while the other ethnic groups are distributed approximately proportionately between the city and the countryside. 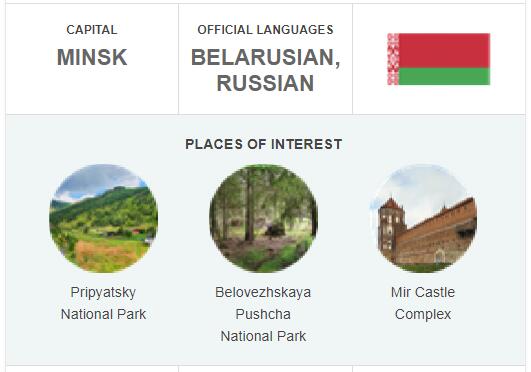 Official language is Belarusian. According to Countryaah, Russian also has a strong position. Other languages include Polish and Ukrainian.

The situation on the border between Europe’s Orthodox and Catholic parts has characterized developments in Belarus. Orthodoxin came from the Kiev kingdom in the 11th century. By a union in Brest-Litovsk (present Brest) in 1596, parts of the Orthodox Church were joined to Rome. In 1839, the Russian government returned these unions to orthodoxy. The Orthodox Church became independent in 1988 and is governed by the Metropolitan of Minsk. The majority of the population belongs to the Russian Orthodox Church; the number of Catholics has been estimated at 1–2.5 million.

In April 2011, a terror attack was carried out in the Oktyabrskaya metro station in Minsk. The attack cost 15 people their lives. A few days later, the authorities arrested two people who were tried and shot in March 2012. However, the motive behind the attack remained unclear, and the opposition believed it was the intelligence system behind it.

In May 2011, Lukashenka devalued the Belarusian ruble 55%. The country had serious financial problems and had to, among other things, apply for loan in China.

During the Ukraine crisis in 2014, Lukashenka criticized Russia for its interference in Ukraine’s affairs, and in May he arranged a meeting between Ukrainian President Poroshenko and Russia’s Putin. During 2014, the traditionally negative European rhetoric towards Lukashenka underwent a remarkable change from «Europe’s last dictator» to «respected peace broker».

In May 2014, Lukashenka passed a law that introduced spell-binding for workers on the country’s coal hoes. They made up 9% of the workforce and would not change jobs of their own accord in the future, but only upon permission of the governor.

In 2014, the country executed three death sentences. Freedom of assembly in the country was still severely limited. In June, Andrei Bandarenka, chair of the human rights group Platform Innovation, was found guilty of “criminal hooliganism” and sentenced to 3 years in prison. And human rights groups continued to hold 7 political prisoners in the country’s prisons, and 33 other political prisoners who had been granted amnesty were restricted in their freedom of movement and harassed by the authorities. During the year, authorities detained 15 journalists who were detained for up to 10 days for “hooliganism”.