According to Countryaah, Bolivia’s population is increasing rapidly and the population density is 10 residents per km2. About 2/3 of the country’s population lives in cities. Bolivia’s capital is formally Sucre but in reality La Paz, which houses the government and state administration. The country’s largest cities are Santa Cruz (1.4 million residents, 2013), La Paz (757,200) and Cochabamba (632,000). The highland area, which together with the slopes of the Andes amounts to 40 percent in area but has 75 percent of the country’s population. Santa Cruz, located in the heavily expanding, subtropical part of the lowland area to the east in recent years.

Bolivia’s population consists of Native Americans, Misties and Whites. The latter are the fewest but have the greatest political and economic influence in the country and are mainly descendants of Spaniards, but more recently other European nationalities, including Germans, have been added.

The fertilizer (of mixed Native American and Spanish origin) is the second largest category, about 30 percent. They have traditionally devoted themselves to crafts and street trade, but since the revolution in 1952, when education became available to the mastics as well, they have become increasingly common in the middle class profession as officers and teachers. The approximation between whites and mastics in recent times, e.g. through poisoning, among other things, the boundary between them has become increasingly diffuse.

The Indians constitute a clear majority in Bolivia. They can in turn be divided into mountain Indians, rainforest Indians and dry forest Indians. The mountain Indians are most numerous with just over three million. They were dominated by two ethnic groups, Quechua and Aymara. The former were once the core group in the Incaric (1200–1500s), the latter in the Tiahuana kingdom (500 BC – 1000 AD). See also the Indians of the Andes.

The rainforest Indians, about 27,000 individuals, are distributed to 18 different people, living in the Bolivian Amazon and are mainly hunters and collectors with some hacking. The largest groups speak arawak or tacan language. Rubber extraction played a crucial role for the region in the early 1900s and led to the extinction of several people. The increasingly close contacts with the surrounding community have in many cases resulted in increasing economic dependence and a failing cultural identity.

The approximately 45,000 dry forest Indians are divided into nine people in Bolivian Gran Chaco. The most important language families are tupí-guaraní (among others ava), zamuco (ayoréo) and macro-guaicurú (mataco). In dry Chaco, the collection of tree fruits and honey has always been an essential nutrient. In the north, farming has been important, and along the rivers fishing has been of great importance. Today, craftsmanship is also becoming an increasingly important economic role.

Gran Chaco’s Indians have not been exposed to the same predatory operation as the others, and the area has only recently become economically interesting. In addition, the traditional contacts across national borders between Native American people in the area have been maintained. Therefore, these have also been able to preserve more of their ethnic identity and are somewhat less vulnerable than the rainforest groups. 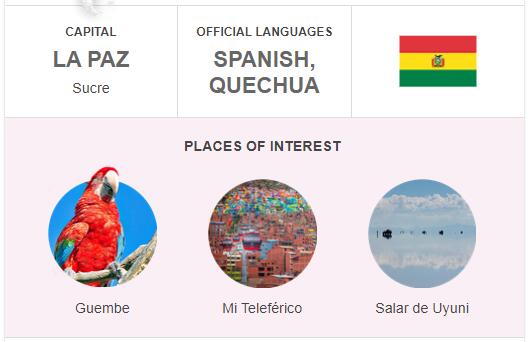 Official languages ​​are Spanish (spoken by about 38% of the population) as well as 36 native languages. quechua (32%) and aymara (19%). Among the other indigenous languages, the tupí-guaraní language dominates chiriguano and various Arabic and tacan languages ​​(0.7%).

After 1532, the colonial church fought Native American religions. By way of counter-reaction, village cooperatives, reducciones, were built in moxose and chiquitose. After 1825, Protestant groups came to Bolivia. Church resistance was directed at the dictatorships 1964–82. About 85% of the population are Catholics, 2.5% Methodist, Baptist and Lutheran and about 2.6% belong to Bahai. Evangelical groups are growing strongly. Andean religious traditions are alive with aymara and quechua. Interreligious dialogue, including by Javier Albó, is becoming increasingly important.