According to Countryaah, nearly 90 percent of the country’s residents can be classified as Bulgarians. The largest minority groups are Turks (800,000), who live mainly in the northeastern and southern parts of the country, and Roma (300,000). 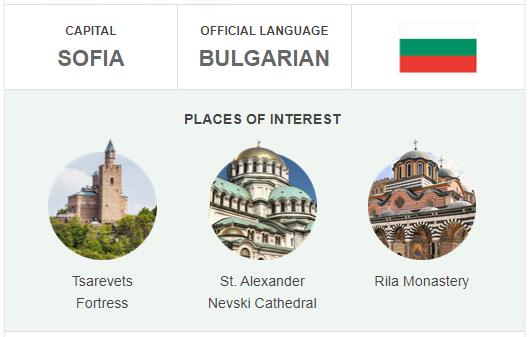 The official language is Bulgarian, which is the native language of 85% of the population. Major minority languages are Turkish, which is the mother tongue of 700,000 people (2007), and Romani, the mother tongue of an estimated 300,000 (2006). In practice, many Turks and Romans are bilingual. The Turks speak dialects that differ greatly from the standard language in Turkey. In the southwest there is a small minority who consider themselves Macedonians and consequently consider themselves speaking Macedonian (the Bulgarian dialects are gradually transitioning into Macedonian, and no sharp border exists).

After the Christianity of the twentieth and twentieth centuries was exterminated by the Slav conquest, Bulgaria was again Christianized in 865, when Prince Boris was baptized by missionaries from Constantinople. The population has since been predominantly Orthodox. The varied and varied church history also includes the Newmanic Bogomiles, connection to Rome, rebellion against the Ottoman conquerors and national opposition to Byzantium. In 1870, the church organized with Turkish help as an independent exarchate, which in 1945 was recognized by Constantinople. Through a new church law in 1949, the communist regime dissolved the link between state and church. In 1953, the exarchate was converted into a patriarchate based in Sofia. In the 1990s, a schism within the church has emerged for political reasons. The two factions now have their own patriarchy.

The largest minority have been the Muslims (formerly 950,000), most Turks. Unified Catholics (with Byzantine liturgy), Protestants and Jews constitute minorities.