Religious life in China has always been dominated by traditional, locally based peoples religion, as well as by more or less organized movements, many of them summarized under the term Taoism. In addition, Confucianism has been important as a state ideology and a basis for social norms.

In addition, a number of religions have come to China from outside as a result of trade or mission over the past two millennia. The first – and most important – of these is Buddhism, which reached northwestern China in the first century AD along the trade routes through Central Asia (the Silk Road). 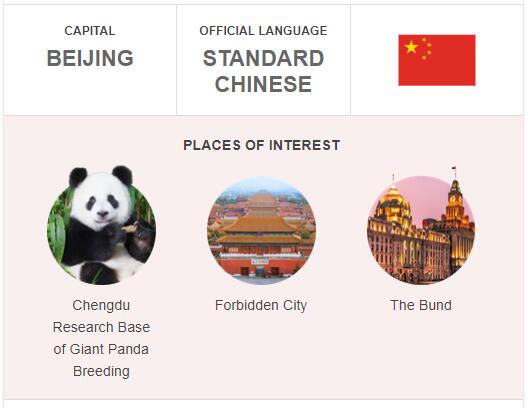 Buddhism gradually adapted to Chinese culture, both in terms of terminology and teachings, and eventually gained a central position in Chinese society. Not least, Buddhism, thanks to gifts in the form of estate to the monasteries, became a significant economic factor. This may have been a contributing factor as Buddhism, like other “foreign” religions, was subject to widespread persecution under the imperial power in 845. Among other things, Buddhism was accused of weakening the family by its demands on monks and nuns for celibacy. The monasteries were seized and hundreds of thousands of monks and nuns forced to return to lay people’s status. The government’s desire to control religious activities has always been a pervasive feature of Chinese history.

During the Song Dynasty (960–1279), Buddhism flourished again, and was particularly represented at the Meditation School (chan, zen) and the pure land school (jingtu), and these two schools have maintained their dominant place in Chinese Buddhism until our time..

The Yuan Dynasty (Mongols, 1280–1368) also supported Buddhism, but preferably in its Tibetan form. Also during the last dynasty, the Qing Dynasty (1644–1912), Tibetan Buddhism was supported by the imperial power, primarily as an attempt to control the Buddhist Mongols.

According to Countryaah, Islam came to China already during the Tang Dynasty (618–907), partly with Muslim mercenaries in northern China, and partly with Arab traders along the coast of southern China. The Muslims soon became Chinese in language and culture, but nevertheless came to form their own people group (” hui “). Chinese Muslims are Sunni Muslims and are concentrated in the northwestern provinces of Ningxia and Gansu. In the autonomous region of Xinjiang, the Muslim Uighur people, who speak a Turkish language, constitute a large minority. There are also more than one million Muslim Kazakhs in Xinjiang.

Christianity came to China in the 6th century with Iranian merchants belonging to the Nestorian church. In the 13th century, several Franciscan monks from Europe reached the Mongol imperial court in Beijing, where they seem to have made some progress, and where a church was built and a Catholic bishop appointed. However, this mission church disappeared, and it was not until the 17th and 18th centuries that Christianity, represented by Jesuit missionaries, seriously gained entry into China. The Jesuits became associated with the imperial court as astronomers and engineers, and became fully acquainted with Chinese language and culture. Through them, Europe for the first time gained extensive knowledge about China.

The Catholic Church in China received significant support, partly because converts were allowed to continue practicing the ancestral cult. This practice was disputed in the Catholic Church, and was halted by Pope Klemens 11 in 1704. The resolution had major negative consequences for Catholic mission in China. Although the Jesuits were expelled and the church persecuted in the second half of the 18th century, in 1810 there were still 80 Chinese priests and approx. 200,000 believers in China.

Protestant missionary was active in China from 1807, and after the opium wars (1839-1842 and 1856-1860) China became one of the most important missionary lands for the Western churches, both Catholic and Protestant. In the early 1900s, many Chinese intellectuals transitioned to Christianity. After the establishment of the People’s Republic in 1949, the churches were accused of representing foreign powers, and all missionaries expelled.

During the Cultural Revolution, all religion was banned, believers persecuted, and temples, churches and mosques were either demolished or used for other purposes. After the 1978 liberalization, religions flourished again, and the Chinese constitution guarantees the right to “normal” religious activities. What is “normal” is defined by the authorities at all times, but the prohibitions are primarily aimed at all unorganized religious activity, often characterized as “superstition,” and against religious movements that evade government control, such as Falun Gong. Tibetan Buddhists have been heavily persecuted when suspected of supporting attempts to promote Tibet independence. Religions are presumed to operate within the framework of government-approved organizations, and are controlled by state religious affairs offices.

The upheaval in 1911 had no basis for mass movement. Most of the generals participating in the uprising were more interested in power than in the democratic reforms Sun wanted. There was rivalry between the generals. The country fell apart and Sun Yat-sen died in 1925. He had not been able to unify the country and give it a new dynamic.

Sun Yat-sen did not receive the support of the Western powers he had hoped for, and after the Russian Revolution he sought support from the Soviet Union. But the nationalist wave grew in strength. General Yuan who had come to power in 1911 and his successors did not master the problems. When it became known that the government had approved granting the German concessions in China to Japan, a new movement was triggered, and this time it was a mass movement. It was “4. the May Movement ”(1919), which was led by students and intellectuals, but also had broad support from other groups.

An extensive boycott of Japanese goods followed in «4. the wake of the May movement. The nationalist Kuomintang party formed in 1912 grew strongly on this nationalist wave. Another impetus in this development was the Chinese Communist Party, founded in 1921. Initially, Kuomintang sought to build a powerful party and a modern army with Russian advisers. After Sun Yat-sen’s death, General Chiang Kai-shek became the leading man in Kuomintang. He saw it as his most important task to win military control over China.

During all these entanglements, China was changing its character. The traditional exam system for officials was formally abolished in 1905. This gave rise to the emergence of new groups of officials. Trade and industry grew, and a new group of Chinese industrialists and financiers emerged. In 1914 China had half a million industrial workers, in 1925 two million and in 1945 three million. Although industrial workers did not even make up 1% of the population, they became a new dynamic factor. The peasant rebellions under the empire had also shown that there was a great latent revolutionary force in the peasant masses.

Kuomintang, who had originally been a bourgeois radical party, became, under Chiang’s leadership from 1927, more and more a reactionary and fascist party, relying on the traditional landlord class, the wealthy and industrialists. Chiang’s 1943 book “China’s Destiny” was put on the list of banned books in the United States because it was anti-Western and anti-liberal. Although Chiang had brought China under his leadership in 1927, he did not implement any radical reforms. Chiang had strengthened his position militarily, but weakened it socially.