According to Countryaah, Fiji is the most populous of the smaller states of the Pacific. About 70 percent of the residents live on the island of Viti Levu, where the capital is located. About 51 percent of the population lives in cities, of which the capital Suva (94,000 residents, 2018) and Nasinu (92,000 residents) are the completely dominant.

According to the 2007 census, Fiji’s population is divided between Melanesians (57 percent) and Indians (about 38 percent); Add to this a smaller number of Chinese, Europeans and immigrants from other Pacific islands, especially Tonga and Solomon Islands. The Melanesian Fijians, who make up the country’s indigenous population, feed on agriculture with rice, maize and cassava as base crops. They live in stratified village communities under the leadership of chiefs, and this type of socio-political organization is more reminiscent of Polynesian than other Melanesian cultures, where social hierarchy is less prominent. Although almost all Christians are nowadays, the world view is still polynesian and is characterized by the emphasis on social and religious hierarchy and notions of mana and taboo. Kava drinking has great social and ritual significance.

The Indian population is descendants of Biharese immigrants, who were introduced by the British from 1879 to the 1920s as a labor force. The Indians are mainly Hindus, a small part are Muslims. Since the 1970s, tensions have risen between the Melanesians and the Indians, producing 90 percent of the sugar grown on Melanesian-owned land. 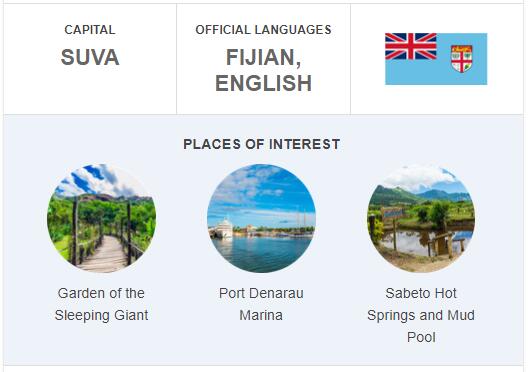 The majority language is Fiji, but large groups speak Indian languages, mainly the local form of Hindi. Official languages ​​since 1997 are Fiji, English and Fijian Hindi. See also Population and Ethnography above.