According to Countryaah, France has a distinction between church and state, and census does not include religious affiliation. French law has since 1872 banned the questioning of religion in public censuses. This principle was confirmed by a 1978 law.

There is therefore uncertainty about how many people belong to different religions in France. However, there are a number of polls with questions about this. The CSA regularly conducts such surveys, and in a 2012 CSA survey, 56 percent said they were Catholics, 32 percent were non-religious, six percent were Muslims, two percent were Protestants, one percent were Jews and three percent that they belong to another religion. 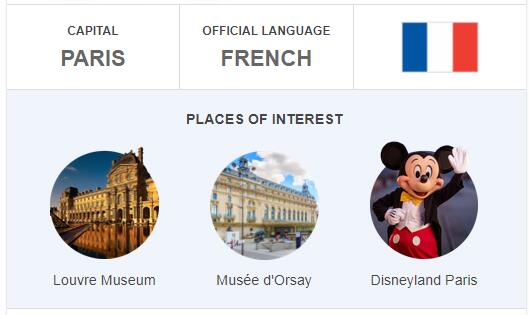 Paris is considered one of the world’s foremost centers of religious science, with a focus on the École Pratique des Hautes Études at Sorbonne.

The largest religious community in France is the Catholic Church, organized in 95 dioceses. The highest body of the church is the Assembly of the Confederation of the Presidents of France (French Bishop’s Conference Plenary Assembly), which meets every year in Lourdes.

In the interwar period and in the post- World War II period, the Catholic Church won considerable intellectual prestige through philosophers such as Gabriel Marcel, Étienne Gilson and Jacques Maritain, and writers such as Charles Péguy, Paul Claudel, François Mauriac and Georges Bernanos.

The Muslim population in France is the largest in Western Europe. Most are immigrants from North Africa or from other former French colonies in Africa. The majority are Sunni Muslims, but there are also Shia groups. The number of French converts is estimated to be around 50,000 (2003). There has been immigration from the Middle East and North Africa since the late 1800s. The first mosque in France, the Mosquée de Paris, opened in 1926. Immigration from North Africa increased greatly from 1960, and after 1970 Islam has been in strong growth. As with other religions, there is uncertainty about how many Muslims there are in France, different surveys operate with different numbers. Officially, it is estimated that there are 5-6 million Muslims living in France, and a third of them are believers and practitioners. According to Ined (2010), France counts 2.1 million “self-proclaimed Muslims”.

Islamic issues are of great domestic political importance and are constantly the subject of public debate. In 1991, France, as the first country in Western Europe, received an Islamic university that educates Imams and Qur’an teachers, L’Institut musulman des sciences humaines. The initiator was the Islamist umbrella organization Union des Organizational Islamiques de France (UOIF), founded in 1982, which serves as the umbrella organization for the largest Muslim organizations in the country.

In 2004, the law prohibiting conspicuous religious symbols in public schools was passed. The law had particular consequences for Muslim girls’ use of hijab (a scarf that covers their hair). The law sparked a comprehensive debate about the right to use hijab in school, including in other Western European countries.

Other church and religious communities

According to the Ined survey, the Protestant churches in France number less than half a million.

Jean Calvin (1509–1564), the foremost theologian of Reformed Protestantism, was French, and gained many followers (Calvinists) in France, especially in Western France and in the areas around Paris. The Nantes edict (1598) granted Reformers (Huguenots) considerable freedom to practice their religion, but by the repeal of the edict in 1685 many of the French Reformers fled to Prussia, which at that time had a more liberal religious policy than France.

In addition, France has a large Jewish population, and there are 125,000 Jews in France today, according to Ined. According to the same survey, there are also 150,000 Buddhists living in the country.

Ever since the French Revolution of 1789, there has been a significant anti-clerical tradition in France. By the law of 1905, the present divide between church and state was introduced. However, the distinction does not apply in the former German regions of Alsace and Lorraine, which became French in 1918.

During the French Revolution, an attempt was made to establish a Catholic national church, with allegiance to the nation rather than to the pope. Most bishops and priests refused, and many who did not flee abroad were killed. In 1801 and 1802 Napoleon reverted to part of the anti-clerical ordinances of the revolution, and entered into agreements (concordates) with the Catholic Church, the Protestant Churches, and the Mosaic Faith Society. Catholicism was recognized as the majority religion, and the priesthood was to receive an annual allowance to replace the confiscated church property.

The July Revolution of 1830 caused a new anticlerical reaction, while the February Revolution of 1848 was kindly put. In 1850, the elementary school was entrusted to the Catholic Church, but in 1882-1886 a public school system was introduced without religious instruction. At the same time, the 19th century was characterized by a strong Catholic foundation in significant sections of the population, and for example the great pilgrimage to Lourdes began in 1874 after Bernadette Soubirous ‘ Mary revelation in 1858.

The time around the turn of the century was characterized by anti-clericalism. With the statutory distinction between church and state from 1905, church property was seized, bishops and priests set on the street and the schools of priests emptied. La Loi sur les associations (1901) led to the dissolution of most religious order societies and congregations, although most nevertheless returned in the period 1919-1939. In Alsace and Lorraine, however, the dioceses of Strasbourg and Metz retained their status under the Concordat of 1801, when they again became French in 1918.

In 1959, a law was introduced that allowed financial aid to Catholic private schools. The National Assembly agreed to limit support in 1984, but plans were scrapped after major demonstrations. During the 1980s and 1990s, more and more religious communities and monasteries gained legal recognition (reconnaissance légale).