According to Countryaah, about 70% of the German population belong to Christian churches; Christians are equally divided between Catholics and Protestants. About. 3.7% are Muslims. The Jewish minority counts just under 100,000. About 25% is considered to be without religious affiliation.

The majority of Protestants are members of evangelical union churches, which mainly include Lutheran churches (about 70%), but also many Reformed. 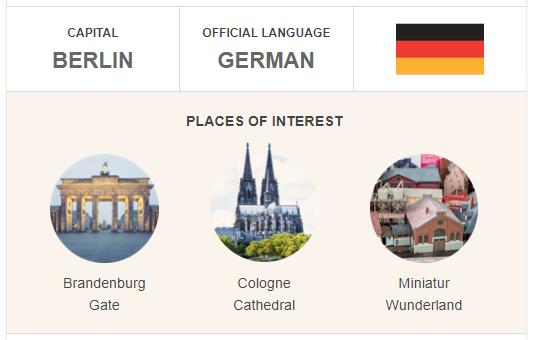 The ecclesiastical conditions in Germany are still largely determined by the principle of religious peace in Augsburg 1555: cuius regio – eius religio, the ruler (prince), to decide religion, ie whether it be Catholic, Lutheran or Reformed. This principle was confirmed by the peace in Westphalia in 1648. It has led to some areas being predominantly Lutheran, such as Schleswig-Holstein (about 87% Lutheran), while others are predominantly Catholic, like Bavaria (over 70% Catholic). Lasting effect was also given to Fredrik Wilhelm 3 of Prussia’s 1817 injunction that Lutheran and Reformed churches should merge into a union. After this, in Germany, there are both Lutheran, Reformed and Unitarian churches, with the common denominator Evangelical.

After the 1918 revolution, the state and church were divorced, but the state still levies church taxes on members. The Land Churches (Landeskirchen) are bishopric/synodally organized. The churches have great support, although anti-church propaganda led to evictions in the 1920s and the “German faith movement” after 1933 led to new evictions. In 1939, however, the resignations represented only 7–8% of the population. After Hitler’s takeover of power, the “German Christians” gained power in most of the country churches and in the new “national church”, and a 12 year violent church struggle (see the church struggle).

After the collapse of Germany in 1945, many turned to the churches, without even mentioning any religious revival. In the summer of 1945, representatives of the evangelical churches adopted guidelines for a united evangelical church, the Evangelische Kirche in Deutschland (EKD), but this has instead become a union of independent national churches. The Lutheran churches are joined by Germany’s United Evangelical-Lutheran Church (Vereinigte Evangelisch-Lutherische Kirche Deutschlands, VELKD). 1968–91, both EKD and VELKD were divided into an East German and a West German department.

Since the 1960s, churches have provided great humanitarian assistance to other countries, especially in the Third World (Brot für die Welt and the Catholic Caritas). The Protestant churches have membership in both the World Council of Churches and the Lutheran World Federation.

The atheist state ideology of former East Germany had a detrimental effect on religious life. By the merger with West Germany, almost 70% of the East German population was without membership in any Christian church.

Two events frame the period from 1956 to 1961: The Stalinisation following the 20th Party Congress of the Soviet Communist Party, which also had consequences in the GDR – albeit superficially – and the building of the Berlin Wall in 1961. The SED took only superficial distance from the personal worship and terrorist methods under Stalin. The Old Stalinist Ulbricht managed to counter the intellectual and reform-oriented opposition (Harich, Schirdewan, Wollweber, Ziller, Oelssner). The fifth SED party congress in July 1958 showed that Walter Ulbricht had a secure position in the party and the state. He maintained this position until the late 60’s.

Towards the end of the 1950s the economic situation became somewhat more stable. The number of refugees was the lowest since 1950. But a hasty collectivization of agriculture in the spring of 1960 triggered a new flow of refugees. Furthermore, an economic crisis developed as a result of unrealistic planning goals. In 1959, the second five-year plan had to be abandoned. Instead, a seven-year plan was introduced. The GDR stood on the threshold of an extensive to an intensive phase of development in the economy. In August 1961 it was decided to halt the economic and politically threatening refugee flow from east to west across the open border in Berlin (see Berlin Wall). It allowed for a consolidation, although it also involved a bankruptcy declaration for socialism policy.

The transition to a modern industrial society took place over the following 10 years until the departure of Walter Ulbricht. A new period of reform was initiated. Under the influence of the Soviet Union’s discussion of putting market mechanisms into use in the economy, the 6th Party Congress of the SED adopted comprehensive changes in the economy and society. The new economic system was the result of the challenge of the third technological-industrial revolution. Cybernetics kept its entrance. Self-regulating powers were used to a greater extent than previously, and the economy had to be under a professional leadership. This further implied that the GDR gently freed itself from the uncritical takeover of Soviet models. The GDR embarked on the path towards a consumer-oriented career community with strong conservative traits.

The Youth Act (1964) was one of the most important reforms. It enhanced the advancement opportunities on the job and provided greater independence. In 1967 the law was supplemented by «Principles of Socialist Youth Policy». The education system was adapted to the requirements of the new economic policy. Material goods should stimulate the work of the people. In 1966-67, the 5 day week was introduced. The reformer also extended to cultural life. Artists and other cultural workers who felt that the time had come for critical discussions by the GDR community was given a free time for critical cultural work. Late in 1965 this policy was changed. Certain theater performances and films were banned, critical books elicited strong reactions and could no longer be published.

Only in 1971 – at the 8th party congress of the SED – did party leaders again encourage writers and artists for discussion. But the goodwill and understanding of the party leadership did not last long. In November 1976, show singer Wolf Biermann lost his DDR citizenship while on a concert tour in West Germany. For the first time, artists and intellectuals openly criticized these arbitrary measures. Many fled to the capitalist Federal Republic or were expelled. This was the case, among other things. the actor Krug, the rock singer Nina Hagen, the show singers Kunert and Pannach, the writers Kunze and Seyppelt. The latter had moved from West Berlin to the GDR in 1973. In June 1979, the authors’ association excluded nine troublesome authors. They not only lost their rights but were also denied the right to publish their books in the GDR.

In the 1960s, the GDR developed into the second largest industrial power in Eastern Europe. At the same time, DDB increased citizens’ self-esteem. Ulbricht regarded the GDR as the pattern state among the highly industrialized socialist states.