In 1957, the country gained its independence. According to Countryaah, the leader of the new state was Kwame Nkrumah. He had been the leader of the Nationalist Movement in Ghana for several years, was born in 1909, worked as a teacher, but was given the opportunity to study further. in the United States where he lived for ten years – and later in England, where he was one of the leaders in political work among Africans in the country. He was one of the organizers of the first Pan-African Congress. He returned to Ghana in 1947 and became leader of a movement called the United Gold Coast Convention (UGCC). It was a relatively moderate nationalist movement with support, first and foremost, among the limited African citizenship. However, Nkrumah’s policy came into conflict with this group. He aimed to develop a more radical mass movement, and he based this on four groups in Ghanaian society. The most significant group in the nationalist movement were the young, semi-educated and unstable, who had come to the cities during the boom in the Ghanaian economy just before and during the Second World War, but who were now unemployed and without opportunities to gain a proper foothold in the society due to the post-war recession. This group had ramifications for the urban proletariat in the cities, and it was among these groups that Nkrumah initially came to get his most ardent supporters. The other central group in the nationalist movement were World War II veterans. They had fought for the British – first and foremost in Asia – and had been promised work when they returned to Ghana. They didn’t. The third group was the farmers who were dissatisfied, that they received poor payment for their goods and had to pay high prices for the goods they needed. The fourth group was the working class, which was fighting for higher wages and the right to run a professional business. The workers – who were relatively few – came to be the most conscious and socialist part of the nationalist movement. 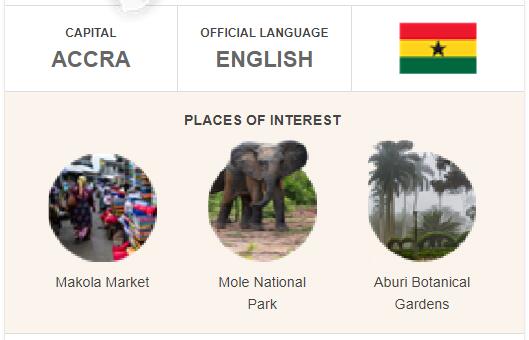 Based on these groups, Nkrumah developed an active resistance policy against the British. He demanded immediate independence and organized boycotts, strikes and various non-violent actions.

In 1949, Nkrumah broke with the moderate forces of the UGCC and formed the Convention Peoples Party (CPP). As leader of this party, he won the elections held in 1951 and immediately before independence in 1957. Throughout the period, he also worked for Pan-Africanism and for the support of the liberation struggle in the other African colonies. In 1955, he represented (not yet independent) Ghana at the Bandung Conference, which became the opening conference of the Alliance Free Countries Movement.

In Ghana, however, development did not go so well for independence. In addition to the demand for independence, the basis for the nationalist movement was unclear, and Nkrumah’s policy was also characterized by obscurity. It did not involve any real break with Western imperialism. It was probably socialist in words, but poor in practice. Among other things. contradictions developed between the government and the labor movement because wage developments were negative. At the same time, corruption increased, and instead of expanding the mass organizations, political work was oriented towards a grotesque personal worship of Nkrumah. He held on to the vision of a strong and united Africa, but he was unable to put this into practice. The policy was characterized by a lack of consistency and led to the rich getting richer and the groups that had been the mainstay of the nationalist movement remaining poor.

Accra (Accra), capital of Ghana, on the Gulf of Guinea, with 2.07 million residents (urban agglomeration).

Accra is a university and important commercial city. The fortresses of the colonial era and several coastal fortresses west of Accra are listed as World Heritage by UNESCO.