In 1980, João Bernardino (“Nino”) Vieira was at the head of a coup d’état. He had been one of the most important guerilla commanders in the days of the guerrilla struggle. All the constitutional institutions were replaced by a Council of State headed by Vieira himself. He interrupted the merger process with Cape Verde while the two countries discussed the drafting of a common constitution (see Cape Verde). The new government was immediately recognized by neighboring Guinea, with which the former government led by Luiz Cabral had a tense relationship, due to disagreement over sea rights in an area where there was supposed to be oil.

Contact between the two Guineans intensified after a conference was held in 1982 for the former Portuguese colonies in Africa in the city of Praia. The following year, the two countries exchanged ambassadors. 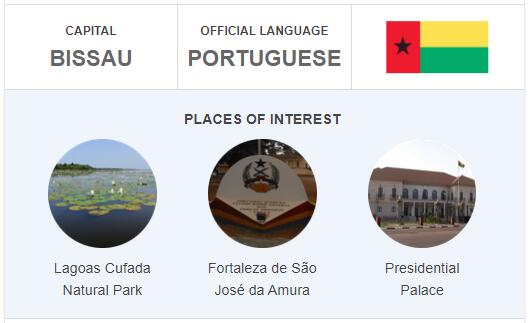 According to Countryaah, the first development plan (1983-86) necessitated an initial injection of $ 118.6 million, 75% of which came from abroad. In 1984, the construction of 5 ports began at an estimated value of $ 40 million and the Bissalanca airport was completed. The government launched a campaign against corruption and the ineffectiveness of public administration that went as far as the ministries. In 1984, the country’s Vice President Víctor Saúde María was removed from his post, the People’s Assembly abolished the Prime Minister’s post and the Revolutionary Council was transformed into a Council of State.

In November 1984, Council Vice President Colonel Paulo Correia tried to overthrow Vieira. The motives for the coup attempt were apparently personal, although ethnic contradictions that have existed since the colonial era cannot be ignored. Correia was executed in July 1986.

The stabilization plan that had been in progress since 1984 failed, which worsened the economic and financial situation. A contributing factor was also the rise in oil prices and the fall in the price of the country’s export products. 60% of the country’s revenue comes from exports of dates and peanuts, whose prices on the world market dropped dramatically.

The government took a series of drastic steps, froze wages, reduced public investment, etc., and thus fulfilled the IMF’s demands for debt restructuring. Subsequently, the economy was opened to foreign capital, in particular to attract capital from France and Portugal to be used to modernize the country’s telecommunications and telephone system. In 1989, Lisbon participated in the creation of a foreign trade bank.

In February 1991, PAIGC enacted a political reform to precede the elections in 1992. The resignation of Finance Minister Manuel dos Santos prompted the IMF to freeze some of the credits it had received. The World Bank deferred the disbursement of a $ 6.5 million loan to force Guinea-Bissau to pay down the repayments on its foreign debt promptly. The loan was to be used as structural adjustment program launched in 1987.

Dependence on agricultural exports in 1992-93 led to considerable social and economic imbalance. This imbalance was followed by political tensions. The planned elections in 1992 were postponed by the government and after the assassination of a senior officer in March 1993, they were further postponed.