According to Countryaah, the area that is today Hungary was part of the provinces of Panoni and Dacien in the Roman Empire. At the end of the 4th century, the Romans lost Panonia, which from then on was occupied by Germanic, Slavic, Huns, Bulgarian and Avar tribes. The latter had dominion over the Danube basin in the 7th and 8th centuries until they became subject to the empire of Charles the Great.

Charles the Great’s successors set up a number of principals in the western and northern half of the basin, while the Byzantine and Bulgarian empires had easier control over the southern and eastern parts of the area. The county of Croatia made its own independence in 869 and Moravia fought stubbornly against the Carolingians until the arrival of the Magyars. These, west of the Lower Danube, had organized a federation of tribes consisting of various clans and led by a chief. It was a succession system. The federation called itself On-Ogur – Ten Arrows – and it is from this that the name Hungary is derived. In 892, Emperor Rudolf appealed to the Magyars to help break the Moravian resistance.

Led by Arpad, the Magyars crossed the Carpathian Mountains and subjugated the peoples of the Central Plains. Moravia was defeated in 906 and Panonia the following year. The Hungarians later expanded further to the north and undertook countless conquests in the rest of Europe.

The Germanic Emperor Otón I defeated in 955 Arpad, thus stopping the Hungarian expansion. Arpad’s descendants again united the tribes and introduced Western Christianity. Stefan I was crowned king of Rome and created the foundation of the Hungarian state. His succession cost 200 years of instability, but Hungary nevertheless consolidated its dominance to the north at the foot of the Carpathians and Transylvania and to the south to the area between the rivers Sava and Drava. The country also ruled Croatia, Bosnia and Northern Dalmatia. The latter as a separate state.

Following the 13th-century Mongol invasion during which Hungary lost half its population, the kingdom reorganized and invited new emigrants to settle in the area. But at the same time it had to make great concessions to the landlords and the traveling emigrants, which had a dissolving effect on the kingdom, which was again consolidated under Karl Robert by Anjou. 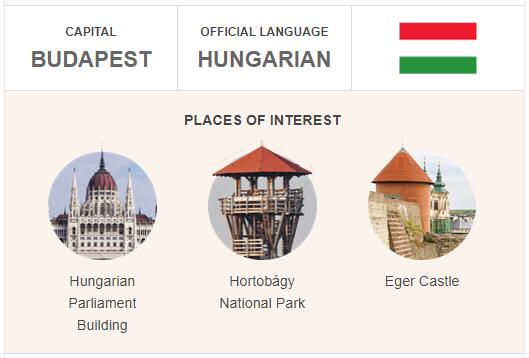 Hungary stood outside the battle between the Holy Germanic Roman Empire and the Papacy and therefore in the 14th century experienced its golden age. The Kingdom formed friendships with Austria, Bohemia and Poland. At the same time, it formed a solid alliance with Bosnia, although it had to relinquish Dalmatia to Venice and other areas to Serbia.

Sigmund of Luxembourg ruled in 1387-1437, and was at the same time king of Germany and the Czech Republic. His frequent absence and arbitrariness allowed the Hungarian parliament, which consisted of nobles, to have a greater influence on the legislation. The printing of taxes always hit the peasants hard, and they therefore carried out extensive uprisings in the north and in Transylvania.

After a complicated succession, in 1458 Mathias Corvino of Prague was elected king of Hungary, and he unfolded his power with an iron hand. With his army of armies – the so-called “Black Army” – Mathias kept his inner opponents in check, then extended his influence over Bosnia, Serbia, Valakia, Moldova and embarked on a series of campaigns against Bohemia and Austria. When Mathias died in 1490, the magnates appointed – ie. the richest nobles – Vladislav II king. He was king of Bohemia and known for his lack of character. The Black Army was dissolved, but the violent exploitation of the peasants led to a new peasant rebellion in 1514, which was struck down by iron hand. At the same time, Austria recaptured its provinces in the south and made Hungary its patronage.