Join us on a journey in the footsteps of the Vietnam War from Hanoi in the north to Saigon (Ho Chi Minh City) in the south! It has been more than 40 years since the end of the Vietnam War on April 30, 1975, when the US-backed regime in the South Vietnamese capital, Saigon, surrendered to the Communist regime in Hanoi. A lot has happened since then. The reunited Vietnam has gone from being one of the poorest countries in Asia to becoming a lower middle-income country as economic reforms have been gradually implemented since the 1980s. Collective agriculture has long since disappeared and now the industrial and service sectors account for most of the economy. The country has opened upwards and contacts with the former enemy the United States have been steadily developed and deepened since the mid-1990s. Vietnam has a young population and most were born after 1975. The majority of Vietnam’s population thus have no memories of the war of their own, nor is there any general bitterness directed at the United States. Times have changed, but the war is far from forgotten – neither in the East nor in the West. Many people in Sweden probably still associate Vietnam first and foremost with the Vietnam War. Some will probably think of various war films, most often portrayed from the perspective of American soldiers, shot in Southeast Asian countries other than Vietnam. The older generation probably remembers the news reports from the war that could be followed from the at prime time. Someone might think of how the Swedish city minister walked side by side with North Vietnam’s Moscow ambassador in a demonstration against the war. 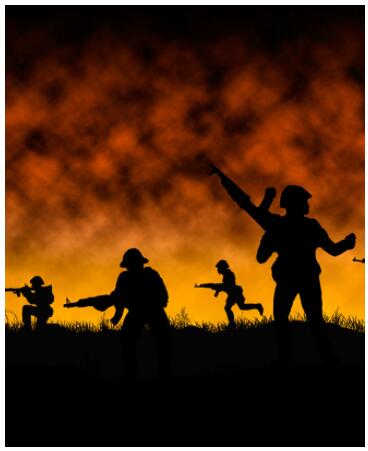 This trip is aimed at those of you who are interested in contemporary history and want to know more about how the Vietnam War is presented in the country where it actually took place. Just the fact that the Vietnam War, at least in official contexts, in Vietnam is often called the “Resistance War against America” ​​shows that the perspective is different. Despite the fact that the journey has a serious theme that arouses reflection, during our journey from north to south, we will nevertheless experience a dynamic and forward-looking country that has not forgotten its history but above all looks forward with confidence.

Day 1: Travel to Vietnam
Flight to Hanoi. Meals included on board the long flight

Day 2: Hanoi
Upon arrival at Noi Bai International Airport (Hanoi) we are welcomed by our local guide and go to the hotel for check-in. Welcome dinner in the evening. Overnight in Hanoi. (Dinner)

Day 3: Hanoi
Today, our stay in Hanoi begins with a visit to the Ho Chi Minh Trail Museum . The museum highlights the enormous importance of the so-called Ho Chi Minh Trail during the Vietnam War. The Ho Chi Minh Trail was the network of provisional and rather primitive transport routes from north to south that North Vietnam used to transport troops, weapons and supplies to the communist-dominated guerrillas in South Vietnam. After lunch visit Hoa Lo Prison, sometimes ironically called “Hanoi Hilton”. The prison was built by the French colonial masters in the late 19th century and served as a crowded detention center for mainly political prisoners. During the Vietnam War, American pilots who were shot down over northern Vietnam were placed here. Among the “hotel”‘s more famous “guests” are US Senator and former presidential candidate John McCain and Douglas “Pete” Peterson, who in 1997 became the first US ambassador after US-Vietnam relations were normalized. Most of the old prison was demolished in the mid-90s but enough was preserved to accommodate a small museum. We then visit the community of Ngoc Ha to see the wreck of a bomber (B 52) that was shot down during the intense Christmas bombings in 1972. rickshaw tour in Hanoi’s oldest quarter dating back to the 13th century. Overnight in Hanoi. (Breakfast and lunch)

Day 4: Hanoi
After breakfast we visit Ba Dinh Square where Vietnam’s father Ho Chi Minh on 2 September 1945 proclaimed Vietnamese independence. Ho Chi Minh was the unifying force behind the struggle against the old French colonial regime, the Japanese occupying forces during World War II and the American military during the Vietnam War. Ho Chi Minh was the President of North Vietnam until his death in 1969 and is located on the parade in the Ho Chi Minh Mausoleum at Ba Dinh Square. We visit the mausoleum that was inaugurated in 1975 and pass the embalmed leader in his glass stand, surrounded by a guard of honor. During the visit, groomed clothing applies – ie no shorts or short skirts (please bring lighter clothes to change after the visit – it can get quite hot in Vietnam). We also get to see Ho Chi Minh’s unassuming dwelling house which he had built in the garden next to the actual presidential palace which he found too magnificent. Then we visit the nearby Enpelar Pagoda, a small Buddhist temple dating from the millennium dedicated to the Bodhisattva of Mercy. However, the temple was burned down when troops belonging to the former colonial power France withdrew after the war defeat in 1954, but even though the current temple building is only a reconstruction, it is still one of the most famous symbols of the Vietnamese capital Hanoi. After lunch we head to the Vietnam Military History Museum . Overnight in Hanoi. (Breakfast and lunch)

Day 5: Halong Bay
After breakfast we head to Halong Bay – known for its sugar-top limestone islands and isolated caves. We travel by boat through the beautiful archipelago that is on the UNESCO World Heritage List. We have lunch on the boat surrounded by a landscape that has something almost magical about it. Travelers interested in film may recognize some views from the James Bond film Tomorrow Never Dies. In the bay, countless naval battles have taken place throughout history, and during the Vietnam War, the United States mined large parts of the archipelago. The route we travel along is of course safe for a long time. We spend the night on the island of Cat Ba. (Breakfast, lunch and dinner)

Day 6: Cat Ba – Hanoi
After breakfast we visit the ancient fortress Phao dai than cong (“Cannon fort “), strategically located on the highest point of the island. From here you get a fantastic view of the jungle-clad islands in the dramatic archipelago landscape. We also visit Hang Quan Y (” Hospital cave””), a secret and bomb-proof North Vietnamese military hospital built in the mid-1960s. The hospital was in use until the US-backed regime in Saigon fell in 1975. Then we head back to Hanoi for overnight. (Breakfast and lunch)

Day 8: DMZ, Vinh Moc Tunnels and Khe Sanh
After breakfast we head to Quang Tri Province and what used to be DMZ.The border between North and South ran along the 17th parallel just north of Hue, roughly in the middle of the country where it is narrowest. According to the 1954 Geneva Convention, Vietnam was to be temporarily divided into a southern and a northern part. However, the country remained divided longer than expected. In 1975, South Vietnam fell after the Saigon regime lost US full-scale military support two years earlier when the United States withdrew its troops from Vietnam. In the demilitarized zone visit, among other things, a church ruin, the Hien luong bridge over the border river Ben Hai and some of the tunnels under the community of Vinh Moc on the coast of the South China Sea. The tunnel complex, which has three floors and 13 entrances, was dug by hand without advanced equipment. The tunnels were inhabited by hundreds of people who went underground to avoid the constant bombardments that more or less leveled Vinh Moc to the ground. Near the border with Laos, we finally visit what was once the American base Khe Sanh in the vicinity of which fierce fighting took place in 1968 when the base was besieged and subjected to constant attacks. Overnight in Hue. (Breakfast and lunch)

Day 9: Da Nang and Hoi An
After breakfast we take a bus to Hoi An. During the journey we stop at the Hai Van Pass where we get a beautiful view of the South China Sea (in Vietnam it is called the “East Sea”). At the Hai Van pass there are also some bunkers to see before we continue towards Danang. During the Vietnam War, the United States’ largest air base was located here. Da Nang was usually the first impression American soldiers got of Vietnam as this was usually the first stop before being sent on to other destinations in Vietnam. We pay a short visit to the city’s military museum and stop at “China Beach” (My Khe beach), maybe for a quick dip, before we move on. The long sandy beaches served as places of recreation for American soldiers on leave during the war. On site in the beautiful coastal city of Hoi An, which fortunately was spared the destruction of the war, we get a guided tour to see the main sights. The city is known for its beautiful houses and good shopping opportunities and nice beaches. Overnight in Hoi An. (Breakfast and lunch)

Day 10: Hoi An or My Lai
Discover Hoi An on your own or join the village of My Lai who on March 16, 1968 was attacked by American soldiers from Company C of the 1st Battalion / 11. brigade / 23. infantry division. The soldiers, who were on a so-called “search and destroy” mission, murdered hundreds of innocent villagers. When the massacre became known in the United States a year later, it came to strongly influence the public’s view of the war. On site we visit the village museum. Overnight in Hoi An. (breakfast)

Day 12: The Cu Chi tunnels
After breakfast we go on a day trip to the Cu Chi tunnels 60 kilometers northwest of Saigon. The tunnel system was within the U.S. 25th Infantry Division area and reached virtually all villages in the district. The tunnels made it possible for the South Vietnamese guerrillas and the North Vietnamese army to show up where the Americans least expected it. Among other things, we also get to see how the guerrillas’ various traps were constructed by personnel from the Vietnamese military. Overnight in Saigon. (Breakfast and lunch)

Day 13: Saigon The
day over to your own adventures in Saigon. Feel free to ask the tour guide about interesting places to visit. For those who are interested, it is possible to arrange a day trip to the Mekong Delta at an additional cost. Transfer to the airport in the evening. (Breakfast) 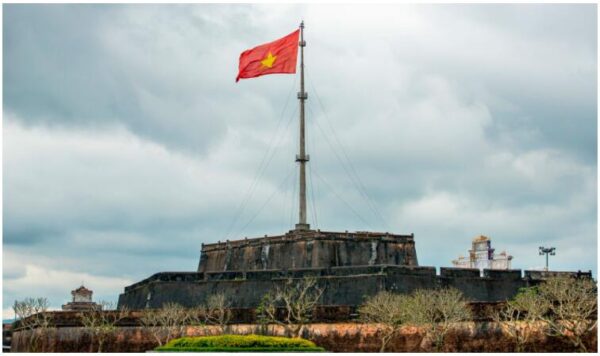