According to Countryaah, the opposition to the Shah consisted of three groups. The most important was the religious opposition, dominated by the Shiite leader, Ayatolah Khomeini. The second group was the National Front – a political movement that had roots back to Mossadegh. In addition, there were various groups on the left, such as the banned Communist Party – Tudeh – and the Marxist guerrilla, the Fedayeen. The three groups were bound together by the condemnation of the Shah’s policy and the demand for an independent and neutral foreign policy.

But the strongest opposition was the religious one. The religious leaders feared the development of a modern secular society in which Islam would have a far lesser significance, and at the same time exploited the widespread dissatisfaction with the Shah’s politics in the poor religious population. Khomeini was in exile in Paris, but from his home there, he recorded sermons that were copied into thousands and scattered in Iran, where they had a strong organizing effect. 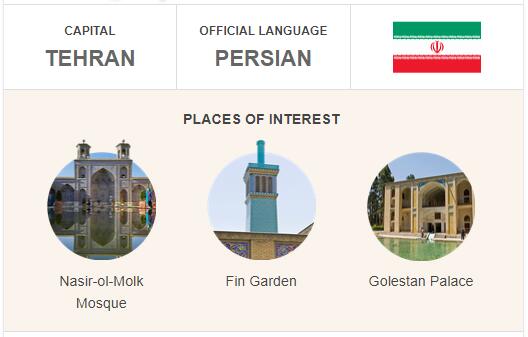 The strikes and demonstrations forced the Shah to his knees and he left the country in January 1979. Immediately before his departure, he appointed a new government led by a former opposition member, Bakhtiar. But Bakhtiar’s government was not accepted by the opposition, which demanded its resignation. Violent demonstrations that assumed the nature of armed insurgency and the lack of support from the military forced Bakhtiar’s government to resign on February 10, 1979. The Islamic revolution aroused hope in many places in the Islamic world, but the left was also intoxicated by openness and it succeeded in crushing the US military and economic project in West Asia.

New Prime Minister Mehdi Bazargan of the National Front tried to pursue a reconciliation policy between the demands of religious leaders with Khomeini in the lead and the left. But he ended up isolating himself from both the revolutionary left and the deeply conservative clergy. This development also contributed to the “Islamic Revolutionary Guard” and Khomeini’s overwhelming popularity.

In early November 1979, a group of students occupied the United States Embassy in Tehran, took hostage from the embassy staff and published the documents found at the embassy. They showed that the CIA had been deeply involved in governing the country’s political life. In April 1980, the United States tried to liberate the hostages militarily, but the rescue operation failed completely when the planes that had been used were hit by a sandstorm.

On July 17, the Shah died in his exile in Egypt and shortly thereafter negotiations began to release the hostages, which happened on January 20, 81. Since then, the Republican presidential candidate, Ronald Reagan, in the fall of 80 had entered into an agreement with the Iranians to delay the release of the hostages. The hostage situation was crucial to Reagan’s victory in the November presidential election.

In September 1980, Iraq attacked Iran and threw the two countries into an 8 year bloody war. Iraq had expected to quickly capture important oil fields from Iran that were militarily weakened after the revolution in 79. But the clergy declared the war sacred, sending hundreds of thousands of children down to 11-12 years into war against the well-equipped Iraqi war machine. Especially for this reason, the war became incredibly bloody, and at the same time, neither party was able to take over.

Both countries mobilized the Kurds in the counterpart’s country during the war. Iraq supported the Iranian Kurds and Iran the Iraqi Kurds in the fight against the opponent’s government. But as during the fighting in the 70s, the Kurds became the losers when the two countries first entered into a ceasefire. Worst, however, was the revenge on the Kurds in Iraq.

There have been enough conquerors in Persian history. In the 600s, Arabs and Islam came, then Turkish Seljuks, Mongols, and Safavids who established Shiite in the land. It was the Safavids who wanted to build the most beautiful city in the world, Isfahan, four hundred years ago. Many also thought it was a success. “Isfahan is half the world,” is an old saying. The most unique in Isfahan are the illuminated bridges of the Zayandeh River, full of arches, pavilions and tea rooms. Also beautiful is Imaam Square, with a blue-tiled Friday Mosque decorated with mosaics with open courtyards and madrasas planted in a row of circulating trading rooms, as opposed to the Lutfollah Mosque, graceful as a small Jewelry Box. There are several palaces and beautiful Armenian churches in Isfahan. The world’s first monotheistic religion, the birthplaces of Zarathustralism, its temples of fire and the towers of silence, are in the heat of the salt wilderness in Yazd. The tropical orange and tea plantations on the shores of the Caspian Sea near the Elburs Mountains are a green oasis in a large Iran with nearly 80 million inhabitants. Of the peoples of the Middle East, the Iranians do not belong to the Arabs, but are their Indo-European group speaking Persian, or Farsi.

The capital, Tehran, is a relatively young metropolis of 15 million inhabitants, best known for its museums. In them you can see the world’s most magnificent shah jewel collections, the most delightful Persian rugs and Palaces decorated with plaster and mirror tuccos, the most beautiful of which were built by the last Pahlavi ruler family on the cool northern slope of the Elburs Mountains. At the beginning of the Islamic Revolution, the thoughtless Khomeini majestic mausoleum is located south of the city. From there, it is only an hour’s drive to the holy city of Qom, the country’s religious center.

The revolution ousted the Shahs from the Iranian throne in 1979 and gave birth to the Shiite Republic. When legislating, Parliament must ensure that there is no conflict with the doctrine of Islam. There are also certain rules for passengers, the most important of which is the absolute ban on alcohol and, in particular, the lack of provisions on women’s clothing. On the other hand, the world’s largest oil and gas reserves have enabled a functioning primary and social security system, almost free universities and access for girls to study. Iran is the number one producer in the world of Caspian caviar, dates, pistachios and the world’s most expensive spice, saffron. The lifting of the international embargo will open the doors of the old civilized state to even more lively interaction with the rest of the world.