Corona pandemic, overthrow of the Kurti government and constitutional conflict

While in most other countries of the world the hour of the executive had struck during the corona crisis and the party political actors temporarily put their fundamental differences and disputes aside, in the spring of 2020 pandemic management, government crisis and international tensions in Kosovo collapsed in a dramatic way and resulted in the overthrow of the government and deeper domestic polarization.

The government began similar measures in mid-March as in the rest of Europe to prevent the spread of the pandemic: initially only schools were closed and major events were banned. A crisis management committee was created. On March 15, the public health emergency was declared, placing the crisis management largely in the hands of the Ministry of Health. On March 23, an extensive curfew was declared, which only allowed people to leave their homes for a few hours a day to do necessary errands. All businesses and companies except systemically important were closed. The fact that the Kurti government did not declare a state of emergency despite the general lack of plans and institutional structures and mechanisms for national crises was due to the strained relationship with President Thaci. Because according to the constitution, the president, who heads the national security council, rules in an emergency. At the request of President Thaci, stated that Constitutional Court in early April the unconstitutionality of a nationwide restriction established the freedom of movement without a state of emergency, after which the Ministry of Health went to a bundle of individual curfews for specific municipalities.

According to HYPERRESTAURANT, the prime minister’s line not only led to open criticism from the president, but also from coalition partner LDK. The public demand for a state of emergency to be declared by Interior Minister Agim Veliu, who, according to observers, was one of the LDK’s internal opponents of the coalition with the VV and the opponents of its reform policy, led to Prime Minister Kurti’s dismissal without prior consultation with the leadership of the coalition partner. This dismissal gave rise to the LDK’s decision to leave the government after less than two months and a vote of no confidence to initiate in Parliament on March 25th. With the votes of all parties and almost all minority representatives in the House of Representatives, the Kurti government was overthrown by the former smaller coalition partner at the end of March with a two-thirds majority after only 51 days in office.

The main reason for the break in the coalition was not the crisis management of the Kurti government – the health minister was unreservedly praised by representatives of the EU and the USA for his crisis management – but, according to the LDK chairman Mustafa, the conflict between the coalition partners about how to deal with it the political pressure of the US special envoy for the Kosovo-Serbia dialogue Richard Grenell. Grenell demanded that the government unconditionally lift the tariffs introduced in 2018 on goods from Serbia in order to create the conditions for the continuation of the negotiations between Kosovo and Serbia for a comprehensive agreement. The coalition partners had committed themselves to the conditional abolition of tariffs in the government program.

However, it took until June 3 that the LDK with a new government coalition (LDK, AAK, NISMA, SL, minority parties and support for the ARK, which did not go into government) and only a wafer-thin majority of 61 out of 120 votes under the former deputy head of government and Vice-Chairman of the LDK, Avdullah Hoti, succeeded the VV-LDK government. This was preceded by a week-long blockade of the VV, which insisted on new elections and a dispute before the constitutional court about the legality of the commissioning of Hoti to form a government. On May 28, the Constitutional Court paved the way for the formation of a government by rejecting the VV’s motion. The court rejected the VV’s argument that a successful vote of no confidence must automatically lead to new elections. In addition, the VV’s interpretation of the constitution showed gaps that certain gaps in articles on the government formation process gave it, as the largest parliamentary party, the right to block the formation of a government for an indefinite period. The court argued that the constitutional principles were aimed at the undisturbed functioning of state institutions. That the court relied on two rulings from 2014 – that at the time enabled the PDK of President Thaci as the strongest party to block the formation of a government indefinitely by an existing parliamentary majority under the leadership of the VV. 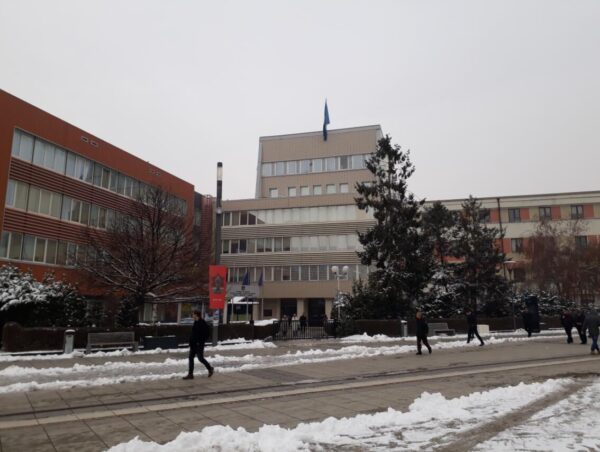 The Hoti government, which came to power in such a politically controversial manner, has since proven to be extraordinarily weak, at the same time an escalation of the corona pandemic went hand in hand with the change of government. The government coalition elected with just one vote remains controversial. VV challenged the election before the Constitutional Court because the minority MP Etem Arifi, whose party is part of the new coalition, co-voted, although he had been sentenced to prison in a court case, which, according to the VV, led to the withdrawal of the right to vote in parliament pulls. The proceedings before the Constitutional Court are currently pending. In practice, it has been shown in parliament since June that the governing coalition does not have a majority, which has largely brought the work of the legislature to a standstill. For months, an economic aid package from the government to cushion the economic consequences of the pandemic has been blocked in parliament.

At the same time, when the Hoti government took office, the number of corona infections exploded in Kosovo. While the daily new infections were 23 in April and 8 in May, they rose to around 200 per day until August, with an average of 11 deaths per day. The reasons were, on the one hand, the extensive relaxation of measures – the government lifted the controversial curfew as one of the first measures after taking office – and, on the other hand, the traditional visit to the Kosovar diaspora (even if it was less than traditional) over the summer. In the course of September, the daily number of infections rose to almost 300.

Office December 21, 2020 the Constitutional Court of Kosovo ruled that the Hoti government had been unlawfully elected to office, thereby confirming the objection of the VV to the vote of the deputy Etem Arifi. However, the court temporarily left the Hoti government in office and did not annul the decisions it had made. It ordered the incumbent president to call early parliamentary elections, but without setting a deadline for this decision. These elections are expected to take place in February 2021.