The Second World War and the Soviet occupation led to an extensive wave of refugees, which is why many Lithuanians are today found outside the country’s borders. At the same time, the Jewish population was severely decimated. Instead, a move to Lithuania followed from the inner parts of the Soviet Union. However, immigration to Lithuania during the post-war period has been less than in Latvia and Estonia, which means that Lithuania’s minority groups are not as large. The years after independence mainly emigrated to Slavic speaking, while mainly Lithuanians emigrated in recent years. Lithuanians’ share of the population has increased from about 80 percent at independence to an estimated 84 percent in 2011. The most important minority groups are Poles (6.6 percent), Russians (5.4 percent) and Belarusians (1.3 percent). 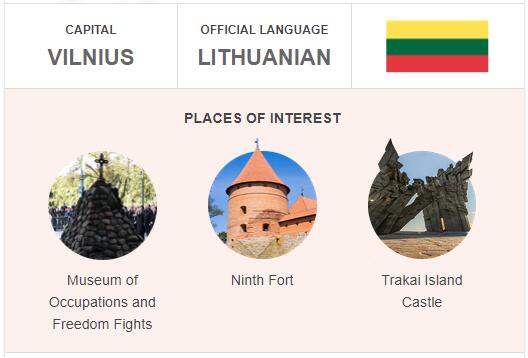 When Lithuania became independent in 1918, Lithuanian was adopted as the official state language. A number of minorities, who cared for their language and culture, were living in Lithuania during this time; the largest minority groups were Poles, Russians, Belarusians, Jews and Germans.

After World War II, Lithuania was occupied by the Soviet Union, and Russian became the official language. Soviet language policy was based on the idea of ​​an international language (Russian), and it was necessary for all residents of the Soviet Union to master it since all administrative activities took place in Russian. However, the individual republics had to retain their language, but as a local language. Lithuanian was reintroduced as the official state language when the country regained its independence in 1991. A generational shift is underway, and bilingualism in Lithuania is increasingly shifting from Lithuanian and Russian to Lithuanian and English. The largest minorities are Russians and Poles.

The Lithuanians were one of the last people groups in Europe to be Christianized. It was not until 1251, when the great prince Mindaugas was baptized, that Lithuania joined Christian Europe. A Lithuanian diocese was set up, subordinate to the Holy See. However, with Mindauga’s death in 1263, contacts were broken and did not resume until the second half of the 1300s. The residents of the western part of Lithuania were not Christianized until the beginning of the 15th century. Lithuania consisted of two dioceses during the 15th century: Vilnius and Medininkai. During the 16th century, most of Lithuania’s noble families transitioned to Protestantism. However, most of the population remained Roman Catholics. In the struggle between Catholics and Protestants, the Jesuits played an important role. They came to Vilnius in 1569 and already in 1570 opened a college which nine years later was transformed into the first university of North-East Europe.

Estimates of religious affiliation show that about 85% of Lithuania’s population profess to Roman and Greek Catholicism.