In 1979, President Moussa Traoré implemented a rigorous economic program designed by international banks and the International Monetary Fund, the IMF. That led to student protests in November 79, which teachers also joined. The repression was rampant: 13 students were tortured and killed by police and about 100 put in jail.

From 1983, Mali strengthened ties with France. At the same time, Moussa Traoré distanced himself from the Soviet Union, which had provided economic and educational assistance in the 1970s.

According to Countryaah, the economic situation continued to deteriorate in the key sectors such as agriculture. Mali is part of the Sahel Belt and the continued drought there brought further reductions in the cattle population.

In June 85, Traoré was re-elected as President for a second term. As the only candidate, he got 99.94% of the vote.

In 1988 demonstrations were again conducted among students, teachers and public servants. The government was transformed and an economic and social council was set up, led by General Amadou Baba Diarra.

In the financial field, the government was faced with a huge foreign debt, which in 1988 reached 125% of gross domestic product, whose interest and repayments exceeded export revenue by 25%. The government entered into negotiations with the IMF on the implementation of a structural adjustment program and began to privatize the banks – financed by France with a loan of Franc 8 billion (DKK 9 billion). 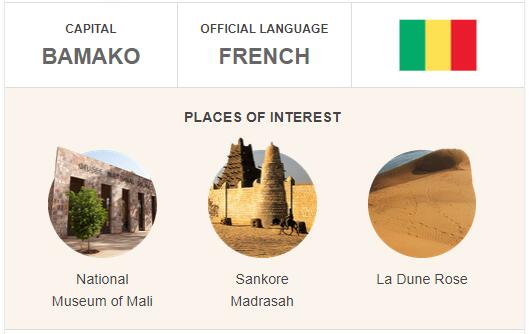 On April 10, 1991, a popular and military uprising was carried out against Traore’s regime. It brought Colonel Amadou Tumani Touré to power at the head of a People’s Transition and Salvation Council (CTSP). He vowed to hand over power to civilians in early 1992.

CTSP also included figures from the crashed dictatorship. It plunged popular distrust of the military and spurred student organizations to violent acts against public buildings symbolizing the dictatorship.

Old parties were reorganized and new ones emerged. Professional organizations were formed that demanded, among other things, wage increases and stops for the privatization of public companies. This was the case in telecommunications, the railways and the textile, pharmaceutical and cement industries.

In June 1991, the Tuaregs in the north and the Moroans in the east carried on a riot, which helped to increase social tensions. The new President met with his colleagues from Algeria and Mauritania to discuss the Tuareg issue jointly.

On July 14, parts of the armed forces conducted a coup attempt against President Tumani Touré, forcing him to give soldiers and civil servants a 70% pay rise in an effort to curb dissatisfaction.

In December 1991, negotiations between the Mali authorities and the Tureg rebels were resumed, ceasefire was introduced and exchanged prisoners.

In March 92, the government of Mali and the Tuaregs, with Algeria, reached a peace agreement that ended 2 years of armed conflict. In April, the final peace agreement was signed by Azawad’s United Fronts and Movements, which consists of four bilateral opposition groups.

In the March 1992 parliamentary and municipal elections, the Alliance for Democracy in Mali (ADEMA) won 76 out of the 116 seats in the National Assembly. The rest was divided between other political alliances and representatives of Malaysians abroad.

On April 26, Alpha Oumar Konaré – leader of ADEMA – was elected president in the first multi-party elections since independence in 1960. His main opponent was Tiéoulé Mamadou Konaté, leader of the Sudanese Union – the African Democratic Association.

Konaré is an education teacher. He had played a key role in the rebellion against Moussa Traore’s regime in 1991.

Most political parties had boycotted the parliamentary elections and questioned the electoral mechanisms, which they also blamed for the low turnout.