The Mongols are one of the most important ethnic groups in northern and eastern Asia. It is a collection of peoples who share common cultural ties and a common language. The dialects vary from area to area, but they are almost all understandable to a Mongol.

According to Countryaah, the lineage of an ancestor gave name to the family and the clan, although there is also evidence that the kinship followed the mother (see Kinship). Marriage between members of the same clan was forbidden, and this created the basis for alliances between different clans that joined together in tribes.

Even as the Mongols began to grow crops, the majority were predominantly nomads. The movement of cattle and nomad camps was determined by the change in grazing areas during the year. The animals were individual property, while the land was the collective property of the tribe. 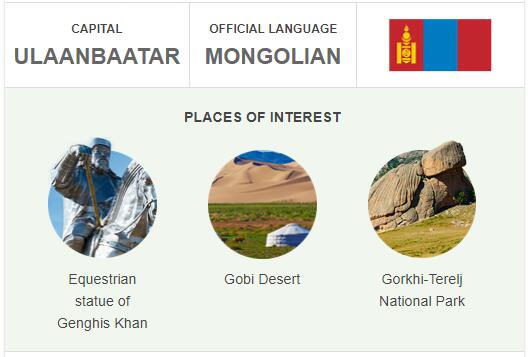 It was usually the most powerful clans that governed the activities of the tribe. The weakest families retained their authority and property over their animals, but they had to pay taxes to the dominant clan, and they moved, followed, rumored the cattle and went to war on its order.

The political and military organization was adapted to the form of the clan and the tribe. A man capable of carrying a weapon was a commander or a soldier, depending on the circumstances of the moment. The capture of cattle, women and prisoners from other tribes was a common method of enrichment.

When a tribe was particularly powerful – like the 13th century Genghis Khan – it organized decimally into 10, 100, 1,000 and 10,000 soldiers. The officers of the large units were assigned a territory where they could collect taxes and recruit soldiers to the supreme ruler.

The history of the Mongols fluctuates between these periods of concentration and others of tribal separation. The Hsiung-nu people – or the females – were the first inhabitants of the Selenga valleys, uniting Siberia with Central Asia. It is believed that they came to this area at least four centuries before our time (BCE).

The Huns created a large tribal empire in Mongolia while China was united as an empire during the Ch’in and Han dynasties (221 BCE-220 CE). The Huns empire fought for centuries with China, and perhaps fell because of its own internal struggles in the 4th century.

Some of the tribes in the south surrendered to China, where they settled and ended up engulfed, while others migrated to the west. In the 5th century, Atila’s females submerged almost all of Europe, reaching all the way to Gaul and the Italian peninsula.

The females were replaced by Turkish people who settled throughout the region. During this period, the social organization did not consist solely of nomadic tribes. The great chiefs settled in fortifications surrounded by cultivated lands, which enabled horses to be reared large and strong enough to carry a warrior with armor and weapons.

In this way, the difference between the aristocrat and the tribe’s traditional archer who rode on a smaller horse increased. At the same time, agriculture became increasingly important in the economy. The Uighurs had inherited the power of the Turks in the Orhon Valley and were a people based on the oasis.

History. – In June 1974 the first secretary of the Mongolian People’s Revolutionary Party (PRPM), Ju. Tsedenbal, succeeded as president of the Presidium of the Parliament (Gran Khural of the people) to Ž. Sambuu, who died on May 20, 1972, who had held this office since 1954. The 17th Congress of the PRPM took place between 14 and 18 June 1976: the delegates were 813 and 57 were representatives of the foreign Communist Parties. Tsedenbal was unanimously re-elected as first party secretary, and the Central Committee report and the 1976-80 6th Five-Year Plan were approved. The final report underlined the successes achieved in the economic field both in agriculture and in industry, accusing the Chinese leadership of having prevented the development of the economy by calling back the experts who worked in the various branches of the Mongolian economic system. On June 19, 1977, the elections of the 9th Grand Khural took placeof the people: the voters were 694,855; 328 members or candidate members of the PRPM were elected, of whom 245 in their first experience and 82 women.

The end of the 1970s saw the intensification of the controversy with the People’s Republic of China and the consolidation of ideological and political solidarity with the USSR. These positions were reiterated at the 18th Congress of the PRPM, held in Ulan Bator from May 26-30, 1981. The Soviet Communist Party was represented by Mongolia Gorbachev, member of the politburo and secretary of the party’s Central Committee. Tsedenbal, 64, was re-elected to the post of first secretary; the inseparable ties with the USSR were reaffirmed, and the guidelines of foreign policy were reaffirmed in the direction of the objectives common to the entire socialist community. While the achievements in the economic field were extolled, Chinese politics was strongly stigmatized, increasingly distant, it was said in the final statement,