In March 2012, there was an armed clash between 300 Renamo members and police in the city of Nampula. It cost one killed on both sides. Police stormed Renamo’s headquarters, where the 300 men had already been searched in December 2011 – apparently pending orders from Renamo’s leader Afonso Dhlakama to protest the Frelimo government. In October, Dhlakama threatened to resume the armed struggle unless the government went into dialogue. According to Countryaah, the government set up in November and initiated a dialogue with Renamo. In December, 4 Renamo members were sentenced to 9 months imprisonment for the March shooting and immediately released, as they have already spent their 9 months in custody. 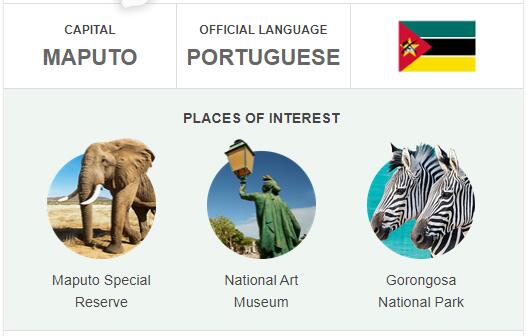 In January 2014, 70-100 Renamo members armed with AK-47 automatic weapons entered their old base in Inhambane. There was a fight with Mozambican rebel police, with 6 of its members killed. The area was the center of one of the worst Renamo massacres during the Civil War, when the Renamo partisans in 1987 killed 424 residents of the city of Homoine.

In 2014, Parliament debated amendments to the Criminal Code, which included: would remove the penalty for rape if the rapist subsequently married the victim. The bill sparked international protests.

The October 2014 presidential election was won by FRELIMO candidate Filipe Nyusi with 57% of the vote. Renamos Alfonso Dhlakama got 36.6%. Election observers from the EU generally characterized the election freely and fairly with few irregularities, but episodes of violence and intolerance during the election campaign showed that there was room for improvement.

In January 2015, Renamo’s leader Afonso Dhlakama threatened to divide the country by dismantling the northern and central parts of the country, forming “the Republic of Central and Northern Mozambique”. Dhlakama did not recognize the outcome of the October presidential election, which he believed was fraught with fraud. It was not the first time Dhlakama made such bombastic statements. The same was true of the 2008 election, but neither was the threat brought to fruition at that time. However, through 2015, Renamo continued to demand autonomy in the central and northern parts of the country, where the party believed to have a majority. In April, it made a proposal for autonomy in Parliament, but the proposal was voted down.

In March, constitutional expert Gilles Cistac was shot and killed by 4 armed men in Maputo. Cistac was a prominent academic and had publicly stated that Renamo’s proposal for autonomy was not in violation of the Constitution. Statements that had triggered criticism from Frelimo. Hundreds of academics and students subsequently went through demonstration through Maputo demanding the solution of the murder. It was still unclear at the end of the year.

In September, Dhlakama’s convoy was shot while on a campaign trip in Manica province. The incident triggered armed clashes between the army and Renemo militias. Even at the end of the year, it was unclear who was behind the attack.

Throughout 2016, violent clashes continued in the country’s central provinces between FRELIMO and RENAMO supporters. Both parties committed a series of serious human rights violations throughout the year on suspected supporters of the other party. The fighting led to 10,000 people seeking refuge in Malawi and Zimbabwe. In March, President Nyusi invited RENAMO’s Dhlakama to talks on restoring peace in the country. A negotiation process was initiated and in June the negotiating delegations agreed to invite international brokers to be involved in the negotiations by: RENAMO’s government over the 6 provinces the party claimed to have won in the 2014 elections; stopping the armed activity; establishment of joint armed forces, police and intelligence; reintegration of RENAMO’s armed members. In August, the brokers presented the draft agreement between the two parties, but they disagreed on the condition that the government should withdraw its forces from the Gorongosa region where Dhlakama has its base. No agreement could be reached, but the parties continued the negotiation process. At the end of December, the parties announced that they had entered into a ceasefire, and this was extended indefinitely in May 2017. At the same time, RENAMO agreed to leave the government buildings they had occupied at the end of June.

In April 2016, it was revealed that the country had borrowed $ 1 billion. US $ for arms purchases. The disclosure led the IMF and other international donors to cease financial assistance to Mozambique and demanded an independent international investigation. Instead, a parliamentary commission of inquiry was set up in August, but it had a majority of members of FRELIMO and was then boycotted by RENAMO. The Commission’s report was discussed at a closed parliamentary meeting in December.