According to Countryaah, the Netherlands is one of the world’s most densely populated states; In 2019, the population density was 411 residents per km2. However, the regional differences are large. In the metropolitan area of Randstad (Amsterdam, The Hague, Rotterdam, Utrecht), up to 1,100 residents live per km2, while the northern provinces of Drenthe and Friesland have just under 200 residents per km2. 92 percent live in cities, the largest of which are Amsterdam (823,800 residents, 2015), Rotterdam (625,300) and The Hague (515,000).

From the post-war period to the 1970s, Randstad grew sharply, but since the late 1980s the tendency for the eastern and southern areas to grow at the expense of Randstad and the sparsely populated north. 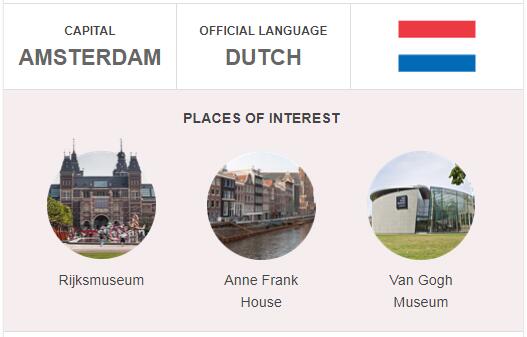 The official language is Dutch, often but illegally called Dutch. About 350,000 people in the province of Friesland in the northwest also speak Frisian. Since 2001, Frisian has been recognized as an official minority language.

The Netherlands was Christianized in the 600s through an Irish, Anglo-Saxon and Frankish mission. The Reformation reached the country especially in its Calvinistic form. During the War of Independence, the Duke of Alba in 1567 attempted to suppress Protestant movements, which met resistance. At the so-called Union in Utrecht in 1579, universal religious freedom was offered, but in the parts of the Netherlands that obeyed the general states, all Roman Catholic worship was forbidden. To this day, the Rhine and the Maas constitute a dividing line between predominantly Protestant territories (in the north) and Catholic (in the south). At the beginning of the 17th century, Protestants were divided into milder remonstrants (see Arminianism) and strict Calvinists. Although the latter prevailed, the Netherlands became a center of religious tolerance, and the Roman Catholic Church was again allowed. The Jansenist schism in 1723 gave rise to the Old Catholic Church.

Until 1930, the Reformed Church Hervormde Kerk was a state church. In 1999, more than 40% of the population belonged to the Roman Catholic Church, as much as the Protestant communities together. Both groups have religious liberalism. Among the Catholics of the Netherlands, this has led to strong contradictions with Rome, among other things. in connection with the release of the “adult catechesis” “The New Catechism” (1966); the inauguration of Rome’s faithful bishops has also caused much opposition. The Old Catholic Church is numerically insignificant (about 0.1%).

There are a growing number of Muslims (more than 150,000), especially from the former colonies of the Netherlands. The once large Jewish population was greatly reduced by the persecution of World War II (to around 35,000).