Oman has an average population density of 22 residents per km2, but the population is concentrated in the fertile areas around the capital Muscat and along the coast north of the city and to the coastal area between the cities of Salala and Raysut. Almost 35 percent of the population are foreign guest workers without inhuman citizenship. Of these, the majority come from Pakistan, India and Bangladesh.

According to Countryaah, Oman’s population is mainly Arabs. The population density is greatest at the coastal cities, where the country’s guest workers also live from bands such as Pakistan, Bangladesh and India. The Omanis are Muslims and the majority belong to a modified form of the Kharijitic direction of Islam (see Kharijit) called ibadi. For centuries, the people have consisted of two categories: a maritime and culturally heterogeneous coastal population, politically organized in a sultanate, and a more homogeneous inland population, characterized by the ibaditic sect of Islam and dominated by the theocracy in the oasis of Nizwa. However, this gap between coast and inland has shrunk during the country’s modernization. 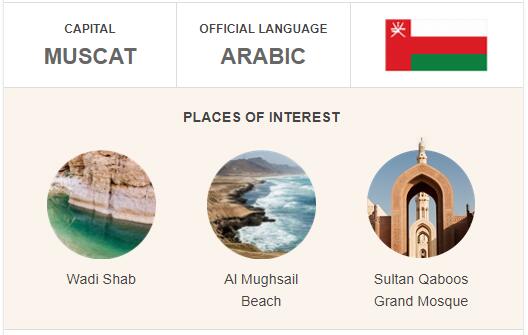 The official language is Arabic. The majority speak New Arabic dialects that can also be heard in Zanzibar. In the south-west (Dhofar) the non-Arabic (but Semitic) languages are spoken mehri (with the related bathari and harsusi) as well as jibbali. English is widely used.

Islam is state religion and the majority of the population are Muslims, most of whom belong to the Ibadis, a special branch of Islam with Oman as its main center (see kharijites). Other Muslims are mainly Sunnis; only a few percent are Shia Muslims. A relatively large proportion of the population (including guest workers) are Hindus, about 6%. In addition, a Christian minority of 4%.

Oman is considered one of the most stable countries in the Middle East area. Relations with the United States and the United Kingdom are essential for maintaining its security. The Omani military is one of the most professional in the region and enjoys a high level of consensus among the population. The state allocates an important part of the budget to military spending, which exceeds 11% of GDP.

Despite the lack of serious threats, an element that has worried Oman, as well as other Gulf countries in recent years, is the escalation of tension between the US and Iran, both good Omani partners. The agreement on the nuclear program has ushered in a more reassuring phase.