Islam came to the Indian subcontinent in the 7th century with Arab traders, and from the 10th century was widely used by Turkish conquerors. Not least in the activities of the Sufi fraternities, Islam gained a firm foothold in the population. Throughout history, periods of conflict between Muslims and Hindus have alternated with periods of peaceful coexistence; the conflicts between the two groups have nevertheless persisted and contributed to the split in 1947.

Despite the country’s ethnic and linguistic diversity, 97% of all Pakistanis are Muslims, of whom 15-20% are Shia Muslims; the Sunni Muslim majority belongs to the Hanafi Law School. Non-Muslim minorities include Christians (2%), Hindus (1.8%), Parsis and other smaller groups such as Ahmadiyya making up 1.2%. According to Countryaah, the same Muslim movements that characterize the rest of South Asia are represented in Pakistan: The Barelwi movement dominates in the provinces of Punjab and Sind where pirates (Sufi leaders) are also major landowners. The second wing is dominated by the deobandi movement and by directions that are based on it. Islamic modernism also has its mark on Pakistani Islam, and the author and poet Muhammad Iqbal (1876–1938) is one of the country’s major religious figures.

Following the 1977 military coup, a fundamentalist-inspired Islamization of the judiciary, educational system and cultural life began, with strict control of the media. Islamization intensified social and ideological conflicts and also affected members of religious minority groups. In 1986, a law was passed that banned “mockery of the Prophet” with the death penalty for those found guilty. In 1992, Sharia (Islamic law) was declared the basis of the country’s legal system, which further aggravated the conflict between militant Islamic groups.

Throughout 2008, the United States repeatedly bombed Pakistani border provinces near the Afghanistan border. The bombings triggered sharp protests from the Pakistani military, which were formally allies to the United States. The superpower claimed to have bombed al-Qaeda positions. Most often, however, it turned out to be poor Pakistani villages, and US attacks were in any case prohibited by international law, which only allows one country’s military to operate in another in the case of “hot pursuit” where an armed unit can be pursued few times. miles into another country’s territory. However, the United States has never respected international law. The United States routinely uses driverless drones to attack targets in Pakistan. In most cases, the civilian population is affected. 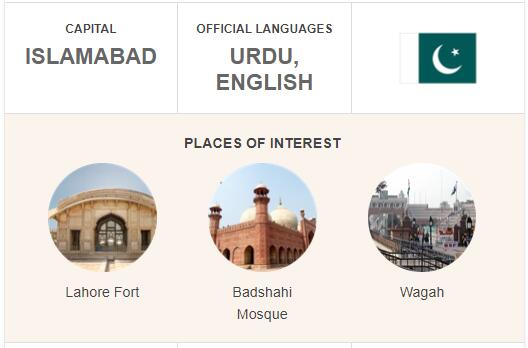 In September 2008, Prime Minister Gillanis faced a murder attack when his car convoy was attacked with automatic weapons en route from the high-security Chaklala airbase outside Rawalpindi to Islamabad. In the same place, Nawaz Sharif’s car convoy had been attacked 9 months earlier.

In December, terrorists attacked a number of targets in Mumbai, India, killing hundreds of people in a matter of days. When the attackers were defeated, India managed to capture some of them, which were subsequently revealed as Pakistani nationals. The allegations and political accusations caused the fear of war to flourish in both countries, at the same time putting pressure on the United States, which is closely allied by Pakistan. Pakistan, on the other hand, put pressure on the United States by threatening not to allow supplies to the Afghan occupation force to pass through Pakistani territory, and on one occasion the military allowed “Taliban faith forces to attack and burn dozens of military camps in a transit camp at Peshawar”. (It is likely that it was the Pakistani military intelligence that carried out the attack).

After a month of denying that at least one of the Mumbai terrorists was Pakistani, the Pakistan military first admitted and then the government that the man was actually Pakistani.

In 2007-09, the central government faced increasing problems in controlling Islamic fundamentalists in the Swat Valley in northwestern Pakistan. In September 2007, a four-month ceasefire ceased and militant fundamentalists fled the Pakistani security forces in several parts of the valley. After 2 months, the military moved in and within a month’s time got the situation under control. However, in January 2009, Pakistani newspapers reported that the Taliban had control over parts of the valley and had imposed a complete ban on girls’ education. About 400 schools that previously taught 40,000 girls had been closed and some schools trying to close despite the ban were closed. In February, the government announced a ceasefire agreement with the Taliban. allowed the introduction of Sharia law into Swat. The agreement led to strong international protests against the “Talibanization of Swat” and the US forced Pakistan to launch an offensive against the Taliban in Swat. It was launched in April and the offensive sent 150-200,000 fleeing the valley. The military regained control of the valley, killed hundreds of partisans, and sent many more to flee, but after the offensive ended, the Taliban slowly began to return. By the end of the year, about 3 million Pakistanis had been displaced as a result of the Northwest conflicts and the US terrorist bombings. US finances Pakistan’s military with $ 2.8 billion US $ per year.

In 2009, Zardari told his party that he wanted to repeal the 7th and 8th additions to Pakistan’s constitution, which military dictators had previously added to expand their powers of power. Zardari transitioned on his own initiative the presidency of the committee responsible for the country’s nuclear weapons to Prime Minister Gillani.

In July 2010, the head of the textile workers union, Mustansar Randhawa and his brother, was shot and killed in their Faisalabad office. The killings triggered strikes in several Pakistani cities. At the time of the murder, Randhawa was in talks with the city’s textile employers about wage increases for the textile workers, and employers were believed to be behind the killing.

In August, Pakistan was hit by the biggest floods ever. The disaster spread from the northern part of the country to the south as the masses of water flowed south. At the end of the month was DKK 17 million. people affected by the floods, estimated by the UN to have a magnitude far greater than the Haiti earthquake in the spring, and greater than the tsunami in 2004. Yet, the West shone by providing only a limited amount of relief to the Muslim country. In Denmark, the Danish “Minister of Development” granted Søren Pind DKK 1 million. DKK – just over 5 øre per. disaster struck.