According to Countryaah, in caves near Ayacucho in present-day Peru, traces of people who lived there 15,000 years ago have been found. The Chavin people had their heyday in the 1400-200 BCE and were excellent city planners. The Paraca people (700-100 BCE) were the first to perform brain surgery. The Mochica people erected large temples in adobe in the Moche Valley, and it is believed their successors were the Chimu people (1000-1400 AD) who distinguished themselves by their gold silver works. The Nazca culture (200 BCE to 800 BCE) developed agriculture based on large-scale irrigation and erected large calendars that can still be seen from the air. The Tiahuanaco-Huari culture (600 BCE-1000 AD) originated in present-day Bolivia, but expanded into the Peruvian highlands. 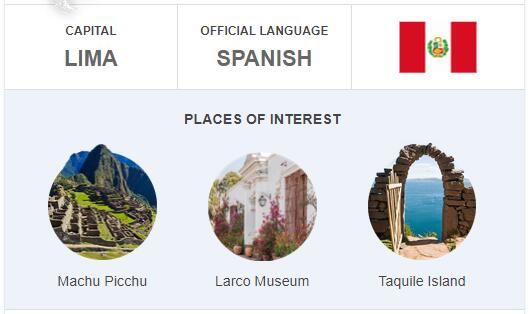 In the 12th century the period of the Incas began. They joined the various cultures of the region politically, moved significant groups of subjects to other parts of the empire and introduced Quechua as the common language. Most of the Inca culture and other Andean cultures were destroyed during the Spanish colonization, but the story is to some extent preserved through oral tradition and through texts written after the conquest. The founders of the Incadynasty – Manco Capac and Mama Oclo – originally settled in Cusco – Qosqo – which became the center of the empire. Under the fourth independent Inca, Mayta Capac (in the 14th century), it began to attack its neighboring towns.

The next in the dynasty, Capac Yupanqui, was the first to spread the influence of the Incas beyond the Cusco Valley. Under the Eighth Inca, Viracocha Inka, the burgeoning empire initiated a policy of constant conquests and established garrisons among the forced peoples. In 1438, Pachacuti Inka Yupanqui captured the throne of his brother Inka Urcon, both sons of Viracocha Inka. The empire now extended further than Lake Titicaca. The people of Chanca, Quechua and Chimú were defeated, as did the Shiri people of Quito in present-day Ecuador.

During the reign of Topa Inka Yupanquis (1471-1493), the Incas extended their power to the south – all the way to the present central parts of Chile. The death of Topa Inca triggered a succession war won by Huayna Capac (1493-1525). He extended the northern border of the empire to the river Ancasmayo, which today is the border between Ecuador and Colombia, before succumbing to an epidemic likely to originate from the Spanish conquerors. Tahuantinsuyo as the Inca ruler was called ruled over 13 million people.

With the end of the administration in Toledo, the Viceroy of Peru was given the form it was to preserve until the 18th century. It consisted of all of South America except Venezuela and Brazil. The discovery of the mines in Potosí in 1545 was followed by the discovery of the mines in Huancavelica in 1563. Except for the extraction of gold in Nueva Granada (Colombia), the production of the precious metals was concentrated in Peru itself or in High Peru (Bolivia). This was the reason why Spain gave these zones special privileges. They were the continent’s richest.

Throughout the 16th and 17th centuries, Lima was the center of power and wealth throughout Spanish-dominated South America. Based on the labor of the indigenous people, the court in Lima – from which the king’s laws were administered – attracted not only the rich, but also religious orders, intellectuals and artists. It was in Lima that the Inquisition worked most carefully and barbarically. When the Bourbons replaced the Habsburgs as rulers in Spain in the 1700’s, steps were taken to develop the colonies of the continent and better government. With the establishment of the Viceroy of Nueva Granada, the Viceroy of Peru lost control of Quito as well as the territories that today make up Colombia. The establishment of the Viceroy of Río de la Plata in 1777 lost control of Alto Perú (Bolivia)) and the areas that today comprise Argentina, Paraguay and Uruguay. Chile was at the same time transformed into an area that was fundamentally evaded from Peru’s control.