The beaches lined with palm trees are a trademark of Puerto Plata. In the paradisiacal setting of the Dominican Republic, all the ingredients for a relaxing beach holiday seem at your fingertips.

In the footsteps of Columbus

Puerto Plata in the Dominican Republic is the most developed and fastest growing beach resort in the country. In addition to the stunning beach scenery, Puerto Plata’s tourist attractions are good leisure facilities and high-quality hotels – not to mention a cheerful culture.

A favorite winter destination, Puerto Plata is located on the north coast of the Dominican Republic on the Caribbean Sea. Puerto Plata is named after both the province and the largest city in the region. The city of Puerto Plata and the surrounding villages and hotel areas are some of the most famous tourist centers in the country.

It should come as no surprise that the Puerto Plata region derives most of its income from tourism. One of the first tourists heading to Puerto Plata was Kristoffer Columbus himself , who visited the coast in the late 15th century. Today, the Puerto Plata area is home to a total of about 300,000 people.

The province of Puerto Plata is especially known for its stunning beaches and the reason is clear. Who could resist the combination of soft sand and clear seawater? The handsome views can be admired from many different perspectives: under a parasol, on a surfboard or even from a golf course.

Popular resorts in the province of Puerto Plata include Sosua, Playa Dorada and Cabarete. The city of Puerto Plata also has a lot to offer tourists. Its most famous places to visit are the historic San Felipe Fortress and the fascinating Amber Museum.

Puerto Plata is a winter resort in particular. The most popular travel time is from November to April.

The climate of Puerto Plata is warm and humid. Temperatures drop to around 30 degrees all year round and showers are quite common regardless of the season. However, the highest rains occur between May and November.

During late summer and fall, the territory of the Dominican Republic chooses a hurricane season when tropical storms are common. In this case, tourism should be avoided in the area for safety reasons.

The scenery of Puerto Plata on the island of Hispaniola is eye-catching: the beaches, which stretch for a total of about a hundred kilometers, are white sand and the adjacent sea sparkles in countless shades of turquoise.

Stunning beaches offer plenty of recreational opportunities. Sun worship is, of course, the number one favorite hobby of tourists, but there is also plenty to do on the beaches lined with palm trees.

The sea water on the coast of Puerto Plata is clear so it is well suited for diving and snorkeling. For example, the crescent-shaped Sosua Beach is popular with divers, and maritime activities can also be found along the beaches of Playa Dorada and Cabarete. Cabarete has good opportunities for windsurfing, for example.

For golf lovers, the Puerto Plata area offers two 18-hole golf courses. The popular Playa Grande Golf Course is around 70 km from Puerto Plata. Located on the beach and cliffs, this golf course is considered one of the most beautiful in the Caribbean.

In addition to beach life and sports, Puerto Plata is also worth exploring the culture of the area. Although hotels and tourism have conquered a portion of the coastal land, Puerto Plata still has a genuine Caribbean feel. Where, for example, Jamaica is jamming to the rhythms of reggae, the seductive merengue plays in the darkening evenings of Puerto Plata.

Cultural-historical sights can be found, for example, in the city of Puerto Plata. The city has a long history, which has included attacks by pirates as well as rum and cigar making.

Walking through the city’s beautiful Victorian buildings and sightseeing are part of every holiday. The most famous places to visit in the city are the Amber Museum and the Fortress of San Felipe.

Flights and trips to Puerto Plata

There are no direct flights to Puerto Plata from Finland, but you must make at least one stopover in a European or US city during the trip. Flights to the Dominican Republic cost around € 1800-2200.

The airport in the Puerto Plata area is Aeropuerto Gregorio Luperon International Airport, located a couple of kilometers from the city of Puerto Plata.

Tourism is the most important industry in Puerto Plata, so there has also been an investment in tourist services.
There are several high-quality hotel areas in the province, located close to the beach.

Popular resorts include Sosua and Playa Dorada. The easiest way to stay in Puerto Plata is at the All Inclusive Hotel, which is plentiful. The all-inclusive option is well-suited for families with children, for example.

Getting around Puerto Plata

Many holidaymakers want to visit neighboring beaches or nearby towns during their trip. Trips are most conveniently folded by bus. Getting around by bus is affordable in Puerto Plata, and for example, a trip from one beach area to another typically costs less than a euro, depending on the length of the trip.

Buses can also be used to other low-cost cities in the Dominican Republic. For example, a trip to Santiago costs about 3 euros.

In addition to buses, you can also take a taxi to Puerto Plata. For example, Sosua’s official taxis have fixed travel fares to various destinations, which range from around 15 to 20 euros. There are also general taxis that run along certain routes and are cheaper than basic taxis. 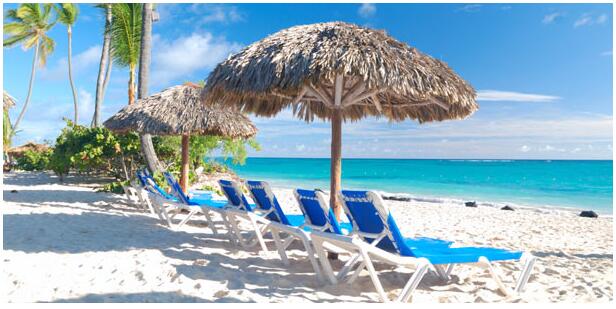 Playa Dorada is one of the most popular beach towns in the Puerto Plata area. It is located about 5 km from the city of Puerto Plata.

Playa Dorada beach has plenty to do. There is also a golf course in the area.

Sosua is one of the most beautiful beaches in the Puerto Plata area and is located about 30 km from the city of Puerto Plata.

The crescent-shaped beach with its villages and hotel areas offers many services to tourists. In addition to sun worship, the beach offers snorkelling, diving and water skiing.

Cabarete is located about 40 km from the city of Puerto Plata. The resort has many hotels, activities and attractions. Cabarete’s stalactite caves, for example, are popular with tourists.

Housed in a beautiful white Victorian building, the Amber Museum is one of the most popular places to visit in Puerto Plata. At the museum you can admire the plants and creatures preserved in amber, and you can buy amber objects and jewelery from the museum shop. Movie lovers value the museum simply because it is said that this is where Steven Spielberg got the idea for his film Jurassic Park.

The museum can be visited with guided tours, which are held in several different languages. The museum is located along Calle Duarte.

San Felipe Fortress is located in the city of Puerto Plata. The fort once played an important role in protecting the city from Caribbean pirate attacks. Today, the fortress is conquered mainly by tourists.

The entrance fee to San Felipe costs a couple of euros.

THE BEST OF PUERTO PLATA 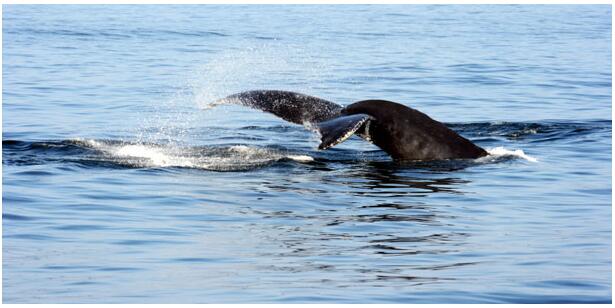