There are four official religions in Russia: Christianity, Islam, Judaism and Buddhism.

According to Countryaah, Russian Orthodox Christianity is the most widespread religion in the country, and after the fall of the Soviet Union it has become increasingly popular. Islam is the second largest religion and the country’s Muslim population is the fastest growing. Religion has been on the rise ever since the collapse of the Soviet Union in 1991, and the number of non-believers has dropped from 61 to 18 percent in the period 1991-2008. 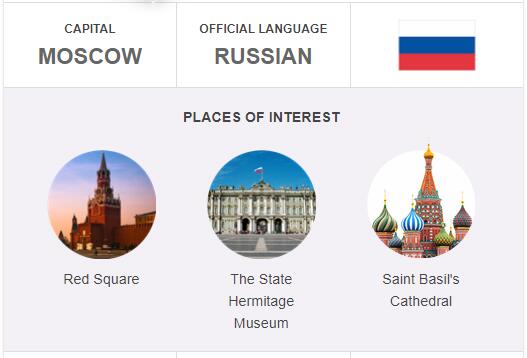 The Patriarch of Moscow, Kirill (born 1946), heads the Russian Orthodox Church, which is the largest of the world’s Orthodox churches. Kirill has made his mark with ecumenical outlook, especially towards the Roman Catholic Church, but also by his close ties to Putin, his anti-Western rhetoric and his strong outline against homosexuality, abortion and religious criticism. After the feminist punk rock group Pussy Riot held an unannounced spontaneous concert at Christ’s Savior Church in February 2012, Kirill stated that this was “the work of the devil”. Part of the “punk prayer” was “Godmother, chase Putin away!”(“Bogoróditsa, Putina progony!”). The group’s members were sentenced to two years of labor camp on the basis of “mob behavior (‘huligánstvo’) motivated by religious hatred”.

The Russian Orthodox Church can be divided into two main parts. One is under the Moscow Patriarchate, and has had strong ties with the Russian state ever since the tsar. The second part is located under the Russian Orthodox Church Abroad (ROCA). ROCA was established in 1920 in Constantinople by a number of exile bishops who had fled Russia after the revolution. (Read more about ROCA in the section on recent history below).

Orthodox, Catholic and Protestant denominations, which lived in part as underground churches in the Soviet Union, have been open since 1990. Of smaller denominations, Lutherans (among the population of German descent), Catholics and Baptists can be mentioned. In addition, there are at least one million ‘old believers’ (raskolniki), that is, followers of sects that sprang from the 17th-century Orthodox Church.

Islam is the dominant religion among Russia’s ethnic minorities, a group that is growing demographically. These ethnic minorities come primarily from the Russian republics of the northern Caucasus (including Chechens and Ingushians) and in the central Volgar region (including Tatars and Bashkirians). Most Muslims in the Russian republics of the North Caucasus practice Sufism, a mysterious oriented Islamic practice characterized by believers choosing degrees of affiliation. In addition, there are approximately five million Muslim migrant workers from the former Soviet republics of Uzbekistan, Tajikistan, Kyrgyzstan and Azerbaijan.

Islam is also on the rise in the major cities of Moscow and St. Petersburg. Today, Moscow is the European city with the largest Muslim population, with one million Muslim residents and one and a half million Muslim migrant workers.

The Crimean Peninsula, which Russia annexed in 2014, is mainly inhabited by Crimean Tatars, a people group where the majority are Muslims. The annexation thus gave Russia two million new Muslim citizens.

Among Mongolian groups (burjates, calms), the majority are followers of the Tibetan form of Mahayana Buddhism (about 0.5 percent of the population). Various forms of indigenous religion with shamanistic elements have also been strengthened in Russia after the fall of the Soviet Union, especially in Siberia.

The Jewish population lives mainly in the larger cities (amounted to approximately 200,000-250,000 in 2014), but is dropping drastically. Since 1970, up to 750,000 Jews have emigrated from Russia to Israel, the United States and Western Europe. In 2014 alone, 4685 Russian citizens emigrated to Israel. Most Russian Jews belong to a liberal, well-educated elite, and have left Russia because of what they consider a worrying political development. In recent years there has also been an increase in anti-Semitic trends among Russian politicians and in state-controlled media.

The Christianization of Russia began in 998, when the great prince Vladimir 1 of Kiev was baptized. The Russian Church was a subsidiary of the Byzantine Church from the very beginning. Until 1917, the Orthodox Church was a state church, and it has been a very important marker of identity for Russian culture and history.

The church had a thriving center in Kiev until the Mongols invaded in 1240. The cultural and ecclesiastical center of gravity then moved north, where the Swedes and German knights were defeated by the great prince Aleksander Nevsky (1220–1263). Nevsky thus ensured that Russia remained an Orthodox kingdom. The church was given a new flowering time with a center in the Moscow area, with the help of Saint Sergei Radonj (died 1392) and icon painter Andrej Rubljov.

After the fall of Constantinople in 1453, Russia became the center of the Orthodox world. In 1589, the Russian church got its own patriarch based in Moscow, which for the Russians now became “the third Rome”. In 1721, Patriarchate was abolished by Peter the Great, and he was created according to the pattern of Protestant states of the Holy Synod as the supreme body of the church. The Holy Synod was led by the church minister of the Tsar. The czar was in fact the supreme leader of the church, and the monarchy of the tsar and the orthodox church were identified with each other. This led, among other things, to Russian intellectuals to a large extent distanced from the church. Extensive missionary activities in the 18th and 19th centuries led to the Christianization of most of the vast Siberia. The traditional ascetic and mysterious life also experienced a boom, especially in the form of religious guides (starets), which were of great importance to writers such as Tolstoy and Dostoevsky.

The Russian Empire conquered today’s Central Asia in the 1870s and made Samarkand and Tashkent in today’s Uzbekistan centers in the Russian province named Turkestan. Russian authorities thus faced the question of how to deal with the empire’s Muslim inhabitants. Some within the colony administration considered the Muslims as barbarians, believing that Islam had to be hard pressed. However, the then Minister of the Interior of the Russian Empire, DS Sipiagin, decided that the religious freedom set under Catherine the Great should be maintained.

An important explanation for why the Russian Empire chose not to impose Turkestan Christianity was the British experience of India. The Indian rebellion in 1857 was interpreted as a result of the British government’s rejection of local laws and customs.

From the 1870s, anti-Semitism in the Russian Empire grew, and the assassination of Alexander 2 in 1881 was followed by major pogroms. Between 1881 and 1914, a total of two million Jews emigrated from Russia, Poland and the Baltic countries to the United States and Western Europe. (Read more about the history of the Jewish people from the 6th century).

After the revolution in 1917, the state and church were separated. Patriarchate was restored, and Tikhon (1865-1925) elected patriarch of Moscow. In 1922–1923, the state began a comprehensive persecution of Christians. Thousands of priests, monks and nuns were executed or killed in labor camps. The state deprived the church of all property and all rights, and an atheism based on Marxism became the official ideology of the state. The number of churches fell from about 55,000 in 1914 to 4255 in 1941, and the number of priests was reduced from about 57,000 to 5665 in the same period. Many church buildings were destroyed. However, a number of significant Orthodox theologians had fled or emigrated and settled in the West, including Nikolai Berdyev, Sergei Bulgakov and Georgia Fedotov.

The Bolsheviks addressed both Jews and Muslims during the Russian Revolution, and stated that they would release them from the oppressive policies of the Tsar regime. Nevertheless, the Soviet authorities later – especially under Stalin – faced considerable persecution of both Muslims and Jews.

In 2007, part of ROCA reconciled with the Moscow Patriarch, while another part broke out and created a new, independent wing. The outcasts opposed the reconciliation with Moscow because of the church’s leadership with Soviet – and later Russian – authorities, who they believed were accomplices in massive persecution.

During the Second World War, the Orthodox Church (and other religious communities) gained some freedom as part of national mobilization. From 1959 onwards, the state’s anti-religious policy was reinforced again in the form of restrictions that lasted until the liberalization of the entire society in the Soviet Union towards the end of the 1980s. Since the fall of communism and the dissolution of the Soviet Union in 1991, there has been freedom of religion in Russia.

As Russia has moved in a more authoritarian direction since Putin came to power in 1999, religious freedom has got more scratches. Among other things, Russia’s legislation against extremism and terrorism was changed in 2007, which has given the authorities greatly expanded powers to prosecute religious groups. New amendments added to the law in 2016 prohibit, among other things, missionary and religious activities in “unregistered areas.” Under this law, the practice of religion in the home can also be prosecuted. Critics of the law believe it ties in with peaceful religious practice, thus providing the authorities with another tool to crack down on unwanted activities.

In April 2017, Russia’s Supreme Court banned the religious community from Jehovah’s Witnesses. The Russian Ministry of Justice had previously put the group on a list of organizations engaged in extremist acts.