According to Countryaah, Slovenia has a population density of 104 residents per km 2. The largest concentration is found in the country’s northeastern parts. About 55 percent of the population lives in cities, of which the capital Ljubljana (280 300 residents, 2017) and Maribor (94 900) are the largest. Of the country’s population, 83 percent are Slovenes. 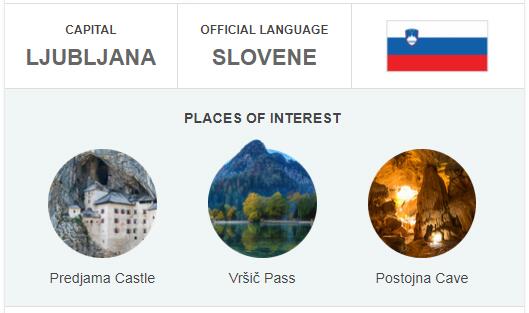 The official language is the South Slavic language Slovenian, which is the mother tongue of about 88% of the population. There are also Slovenian-speaking minorities in Austria, Hungary and Italy. Hungarian, Italian and Romani are recognized as regional or minority languages according to the Council of Europe’s language statute. Slovenian is also recognized as a regional or minority language in Austria and Hungary and has some protection in Italy.

A large part of the population belongs to the Roman Catholic Church (with its Archbishop’s seat in Ljubljana). There are also Protestants, a Serbian Orthodox church and a number of Muslims from Bosnia and Herzegovina.

Ljubljana, the capital of Slovenia located at Ljubljanica, a tributary of the Sava; 283,000 residents (2016). The city is Slovenia’s administrative, economic and cultural center. It is popular as a tourist town, among other things. because it is close to the Julian Alps; its landmark is the high-rise medieval castle. The German name of the town is Laibach, which was also the official name until 1918.

Ljubljana is a traffic hub with an airport. textile, paper, food and leather industries, chemical and electronic industries; in addition, turbines for power plants are manufactured. Finally, the city is also central to the country’s growing service industry. The city is a Roman Catholic archdiocese seat with a university, originally erected in 1595 and rebuilt in 1809 and 1909. The town has several other higher education institutions, museums, libraries and theater, opera, national gallery and science and arts academy.

For approximately 8 AD here the Romans built a colony, Colonia Julia Emona, which became the first Roman urban foundation in the province of Pannonia. It was strategically well located at the intersection of the north-south-pedestrian ravine that ended in northern Italy and the Sava Valley, which led to the east.

The Romans main purpose of the foundation was probably to break the Celtic control of the connection to Illyricum.

Ljubljana came under the Habsburgs in 1276, gained city rights in 1320 and became bishopric in 1461; the city was in the 1500-h. starting point for the Slovenian Reformation. 1809-13 was the capital of Napoleon’s Illyrian provinces and from the mid-1800’s. the center of the Slovenian national movement. By 1797, the first Slovenian newspaper had been published in Ljubljana. The city became the capital of Slovenia in 1945.

Much of Slovenia extends into the southern limestone Alps and Prealps. At N. the Karawanken (m. 2263, Veliki Stol), which divide the high valleys of the Sava and the Drava, are a steep wall that continues the Carnics, at first paleozoic and then calcareous, desolate, rocky in the center, wooded in the rest, faintly engraved by the Ljubel Pass (1366 m.) through which the road (now set aside by the railway) passes between Ljubljana and Klagenfurt. Towards the E. their continuation are the Kamniške Alpe (Stein Alps; Grintovec, m. 2559), with high and little frequented passes, after which the Alps degrade towards the east with the fertile hills of southern Styria (Slovenske Gorice), while on the the crystalline massif of Pohor rises to the right of the Drava) and (m. 1542). The heart of Slovenia is however outside the high ranges, given that the wildness of the Julian islands ceases in Slovenia della Valle della Sora. The Nauporto passage marks the passage to the hills and karst shelves of Carniola (fissured Cretaceous limestones with an uncertain surface hydrography), which embrace most of southern Slovenia between the Sora and Krka rivers; the valleys are often flooded and the depressions (among which the Lake of Circonio is to be remembered), sometimes covered by red earth, 350-450 m high, alternate with limestone plateaus (650-950 m.) and barren and stony. The bura, which blows impetuously, the deforestation, the continuous grazing of sheep have worsened even more the unfortunate natural conditions. Sometimes on the karst terrain there are some isolated peaks (Javornik, 1268 m; M. Nevoso, 1796 m; M. Krim, Slovenia di Lubiana; Monti degli Usocchi or Gorjanci) which remind us of the Pre-Alps aspect. The Slovenes designate the high village between the sources of the Sava and Ljubljana with the name of Gorenjsko (where karst phenomena are accompanied by glacial traces, there are some lakes and there are traces of a notable rise starting from the Tertiary), while for the A distinction is made between the western internal plateaus (Notranisko) and the lower and poorer eastern ones, between Sava and Culpa (Dolenjsko).

Although the region is located not too far from the Adriatic, it has a climate that presents alpine characteristics, with very cold winters, which however decrease in severity from west to east with the lowering of the relief. Ljubljana (289 m) in January has an average of −2 °, 5, in April 9 °, 5, in July 19th, 6, in October 10 °, 1, with an annual average of 9 °, 0. Precipitation is abundant, generally above 1000 mm., With maximums of 2000-2500 in the mountainous areas, equally distributed from May to October, favorable to grazing and woods. They decrease from NO. to SE. as you approach the Danube lowland (Prekomurje, 800 mm). The flora is that of central Europe with forests of fir, pine, beech and vines, walnuts and chestnut trees on the well-sheltered slopes.