According to Countryaah, almost 25 percent of the Solomon Islands population lives in cities, among which Honiara (66,200 residents, 2012) is the largest.

The Solomon Islands population is just over 95 percent of Melanesians, 3 percent of Polynesians and 1.2 percent of Micronesia. In addition, there are minorities of immigrant Chinese and Europeans. Since 1998, there has been an ethnically characterized conflict that has destabilized the relationship between the ethnic groups.

The indigenous people mainly feed on bonito fishing and cultivation of taro, banana and coconut palm. Their traditional way of life was largely unchanged until the Pacific War, but the war and contact with Western civilization gave, among other things, the rise of cargo cults, of which the so-called “cult” gradually developed into a significant political-economic movement (Moro Custom Company). 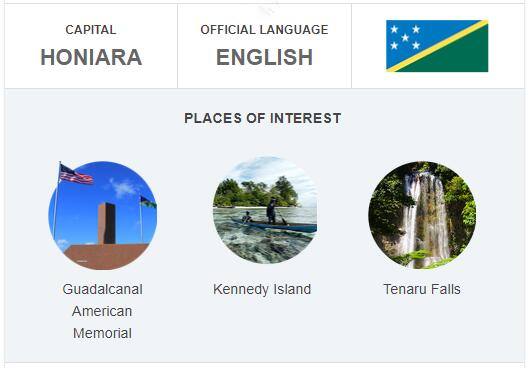 English is the official language. There are over sixty native languages, all of which belong to the oceanic branch of the Austronesian languages. An English-based pidgin (“pijin”) is used as a lingua franca. See also Population and Ethnography above.

Solomon Islands is dominated by Christianity, which comprises about 97% of the population. However, indigenous Melanesian religions are actively practiced in a few mountain areas. Christianity was introduced in 1849 by the Anglican Church in New Zealand, which trained young men for missionary work among their own. In 1926, a native missionary order, the Melanesian Brotherhood, was developed, which expanded the Church and still has missionaries in several countries.

The eastern and central parts of the Solomon Islands are dominated by the Anglican Church of Melanesia, which comprises more than 1/3 of the population. Roman Catholics and Baptists also have Malaita and Guadalcanal. The islands to the west are dominated by Seventh-day Adventists and the Methodist United Church.

The churches coordinate much of their work through the Solomon Islands Christian Association (SICA).

Solomon Islands State of Oceania, in Melanesia, including the islands of the archipelago of the same name (except the western ones, Bougainville and Buka, which are part of Papua New Guinea), the atolls of Rennell and Ontong Java, the islands of Santa Cruz, Duff, Reef and other minors. The S. archipelago was discovered in 1567 by A. de Mendaña; long forgotten, it was rediscovered by LA de Bougainville in 1768. In 1885 Germany assumed the protectorate on the northern part. of the archipelago, while the southern part. was placed under the British protectorate from 1893. Between 1898 and 1900 Germany ceded the northern islands to Great Britain, except Bougainville and Buka which remained under German control: occupied by Australia in 1914, the two islands became in 1920 part of the Australian mandate (since 1946 trusteeship) over New Guinea; in 1975 followed the fate of the latter, which constituted, with the territory of Papua (also under Australian trust), the independent state of Papua New Guinea. The territory of the British protectorate of the S., obtained internal self-government in 1976, became, on 7 July 1978, an independent state within the Commonwealth. After independence (1978), the conservatives P. Kenilorea (1978-81; 1984-85), E. Alebua (1985-89) and S. Mamaloni (1981-84; 1989-93) took over the leadership of the government., 1994-97), moderately progressive. In 1997 the new Prime Minister B. Ulufa’alu, leader of the Solomon Islands liberal party (SILP), he promoted a broad reform plan that included a strong reduction in public spending. The strong contrasts that erupted between the residents of the Guadalcanal island and the immigrants from the neighboring provinces led to a coup d’état in 2000. The new head of the government became M. Sogavare, leader of the People’s progressive party (PPP). The 2001 elections were won by the People’s alliance party (PAP), prime minister became A. Kemakeza. During 2002 the economic and social situation worsened and in 2003 Kemakeza asked for Australian and New Zealand military help to restore order. At the beginning of 2004 Australia and New Zealand were able to reduce their quotas. In 2006, new political elections were held, marked by serious incidents. M. Sogavare (of the PPP), the new head of the government, was forced to resign at the end of 2007 and was replaced by DD Sikua.