The constant influence of the Pharaohs of Egypt over the areas the Egyptians called Khus and the Greeks Nubia was one of the main reasons why in the period from the 3rd millennium BCE to around year 0 it was not possible to develop an independent state in the area. The Pharaohs preferred to have scattered tribes in their hinterland. Therefore, the kingdom of Napata arose in the 8th century BCE, when the decay in Egypt was so advanced that the country could be ruled by foreign dynasties. The last of these was just Sudanese. The kings of Napata conquered Egypt in 730 BCE and ruled the country until 663, where it was conquered by the Assyrians. At the same time, the fall of the dynasty caused its hinterland in Sudan – although not occupied – to fall apart. But in its place soon emerged 3 new kingdoms: Nobatia, Dongola and Alodia, which existed for the following 20 centuries. 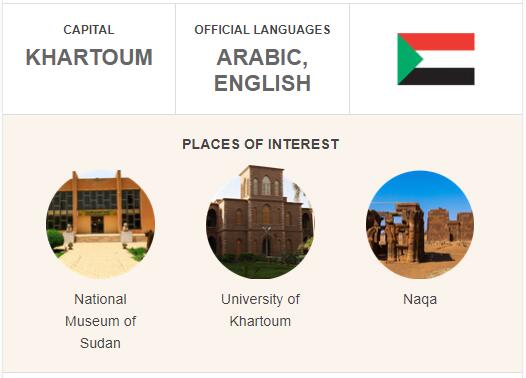 While the Persians, Greeks, Romans and Arabs in turn took control of Egypt, these kingdoms retained political and cultural autonomy. This was partly due to their position as middlemen between the Mediterranean and Central Africa, from which were supplied slaves, ivory and other goods. Yet the number of major events during this long period is limited: after the influence of Ethiopia, the country in the 6th century converted to Christianity ; a century later, the country was invaded by the Arabs, forcing King Dongola to open up to Arab traders and Islam. The cooperation was based on a treaty that lasted for over 600 years.

According to Countryaah, the Egyptian Mamluks destroyed Dongola in the 14th century and Alodia around the year 1500. These invasions took place constantly despite the formation of new kingdoms. There were now Muslim kingdoms in Sennar – at the Blue Nile (Al-Bahr al-Azraq) – Kordofan further west and Darfur in the middle of the desert.

Pacha Mohamed Ali (see Egypt) decided in 1820 to wipe out the Mamluks and penetrated Sudan. The Egyptians established a military base in Khartoum, and from then on their military presence in the country was constant to culminate with its total occupation in 1876. The occupation had widespread consequences: the unification of the country affected the autonomy of the local chiefs and leaders; new religious rituals were introduced (although both countries practiced the Sunni direction within Islam); slavery was banned by pressure from the English and this affected the powerful slave traders who had controlled the country until very recently; finally, taxes were introduced, which in particular weighed heavily on farmers and cattle owners, creating a solid and widespread dissatisfaction.

When, in 1881, Mohamed Ahmad proclaimed himself “Mahdi” (savior) and initiated a crusade to save Islam, he met with immediate understanding – especially among the Arab-oriented people of the north. Britain occupied Egypt in 1882 and subsequently also entered Sudan, but still failed to stop the rebellion. In 1885, Mahdi’s followers occupied Khartoum, defeated the English under the leadership of General Gordon and created the first national government. But the British could not allow the existence of a state that opposed the empire’s strategy of establishing one continuous corridor of colonies from Cairo in the north to Cape Town in the south. In 1898, the British launched a pinch operation, mobilizing troops all the way from Cairo to Uganda and Kenya, attacking Mahdi on two fronts.

Also France had a transcontinental Africa project – albeit in east-west direction – was therefore also interested in Sudan and also sent troops there. Mahdi was now under attack on three fronts and was defeated in September 1898. When the colonial armies after the meeting in Fachoda, it was close to open war between France and Britain, but the French ended up recognizing the British supremacy over the Nile valley and an Anglo-Egyptian control over Sudan was established.

In Egypt, the king had a goal of creating unity in the Nile region through political unification between Cairo and Khartoum. The British opposed these plans and threatened to give the people of southern Sudan some form of “federal independence”. The people of the south were predominantly animists and, moreover, a small minority of Christians facing the Arab and Islamic north. In any case, the British initiated a closed district policy that prevented any contact between the South and the North.