According to Countryaah, the island of Taiwan was incorporated into the Chinese Empire during the Qing (Manchú) dynasty in 1683, and was formally declared a Chinese province in 1887. During this period, the mainland’s administrative and political system also applied to Taiwan, and many people emigrated from the continent.

After China’s defeat in the Sino-Japanese War in 1895, Taiwan became a Japanese colony. The island was returned to China in 1945 following the Japanese defeat in World War II. The people welcomed the end of Japanese colonialism, but it soon found that life under Chiang Kai-shek’s Kuomintang (KMT) movement did not differ much from colonial times. 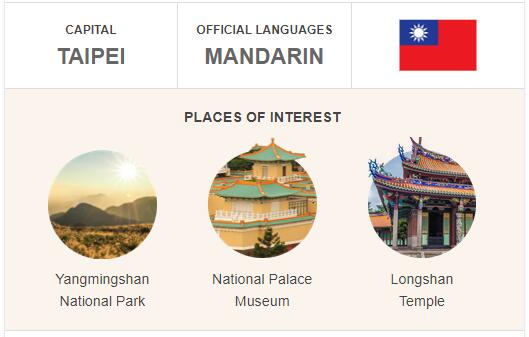 On February 28, 1947, a large demonstration was held against the KMT authorities. This first reaction was to raise the state of emergency and invite the opposition to join a commission of politicians, union leaders and students to discuss possible political changes. Meanwhile, the government rushed to expand the army by an additional 13,000 soldiers, and when the opposition showed up to the first meeting, KMT carried out a mass murder of the majority of its leaders. The rest were sent to jail.

After losing the civil war against the Communists in 1949, the KMT fled the government, army survivors, family members and supporters to Taiwan. With US support, KMT now declared Taiwan as the provisional representative of the Republic of China, leaving the mainland recapture open.

When the Korean War broke out and China supported North Korea, the United States multiplied its commitments to Taiwan as a frontline state in the “free world” struggle. During the Cold War, Taiwan became a front fighter for anti-communism and made close contacts with the dictatorships of, among other things. Chile, Paraguay, Uruguay and South Africa.

Democracy disappeared quickly. Violations of human rights were common: demonstrations, strikes, political parties were declared illegal and imposed martial law – all legitimized by the need to fight for the reconquest of mainland China. KMT created a government system it purported to represent all of China, with MPs allegedly representing each of the mainland provinces.

The comprehensive industrialization campaign began in the 1960s, when World Bank and US technocrats, in collaboration with the government, introduced an export-oriented development strategy. The United States made financial resources and technicians available and opened its borders to Taiwanese goods. In Taiwan, the new working class lacked rights and political organization. An important prerequisite for industrialization was that the United States had already undergone land reform as early as the South Korea in the 1950s. Therefore, as in neighboring countries, there was no reactionary bourgeoisie that could slow down industrialization.

During the period 1953-85, the island’s economy grew by an average of 8.6% per year, drawing it into the category of “new industrialized countries” – also known as the “Southeast Asian Tigers”. Growth was solely based on exports, and after Japan the country had the largest trade balance surplus according to the United States. Industrial development has mainly been concentrated in plastics, chemistry, shipbuilding, textile industry and electronics.

In 1971, the United States decided to establish closer contacts with China, and from then on abandoned the veto of China’s accession to the UN. Until then, Taiwan had formally represented China in the World Organization. Taiwan now lost its place in the UN, and in 1979 the United States formally broke off diplomatic relations with Taiwan.

The country was economically at a crossroads. It was largely dependent on specific export markets and industries that required a lot of manpower, but at the same time the importing countries wanted more balanced trade relations. At the same time, the labor force in Taiwan was no longer as cheap as in other countries in the region.