Political Islam and the rise of the AKP

Despite the strict secularism policy under Atatürk, and more or less until 1980, Islam never disappeared from Turkish social life. Since the birth of the republic in 1923, the society has been characterized by a long-standing struggle between secularists and various camps of Islamic-oriented politicians and intellectuals. One can see this tension all the way back to the late Ottoman period. 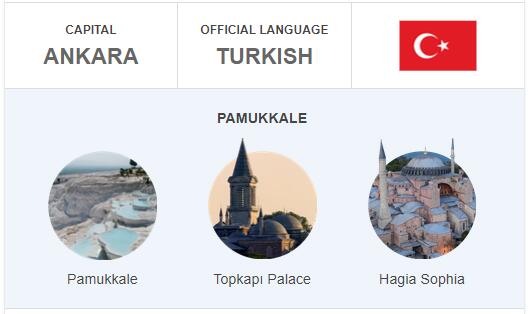 Islam was a key target of the Republic’s first reforms. The entire Islamic framework around society, such as legislation, alphabet, clothing and calendar, was replaced with European alternatives. However, the reforms sought to penetrate deeper into the structure of society, and religious schools, rituals and higher education were banned. The popular SufiThe orders were also banned and their properties seized. The authorities partly sought to remove Islam from the public and make it a private matter, but they also sought to “rationalize” Islamic ritual practices and beliefs to make it less superstitious and politically manipulable. The prayer call was changed from Arabic to Turkish, in an attempt to remove Arabic’s status as a sacred language. This project did not happen without resistance, and many prohibited practices continued in hiding, and the Sufi orders went underground. Resistance to the reforms was also one of the main reasons for the Kurdish Sheyh (Sheikh) Said rebellion in 1925. The first opposition party, the Progressive Republican Party (Terakkiperver Cumhuriyet Fırkası), was banned in 1925, accused of supporting Islamists against Atatürk.

The Sufi orders emerged in the 1950s from their underground business, and new orders were formed, including Nur Cemaati, which gave rise to the Gülen movement, but also the Süleymancı and Işıkçı orders. The older Sufi orders had never lost their central social place in parts of the country where state power was weak. In particular, the Naqshbandi order was strong in Turkey. Unlike the other Sufi orders, this order stands for Orthodox Sunni Islam. When traditional religious education was banned in Turkey, many children sent to Islamic centers in Arab countries. Many of these students brought with them Islamist ideas related to Salafism. In the Turkish Naqshbandi circles, conservative and strict ideas about Islam developed, which soon found political expression. The essence of the opposition to the modernist state was that the Turks had lost the essence of their identity by imitating the West.

In the 1960s, the Naqsh bands, led by the İskenderpaşa congregation in Istanbul, stepped in to get their people into the state bureaucracy and to become more directly involved in politics. The alliance with the center and right parties was broken and they supported the establishment of Necmettin Erbakan’s National Party of Order in 1969. Erbakan also led the very important and great Islamic movement Milli Görüş that sprang from this congregation. The most famous other politicians from this congregation are the later prime ministers and presidents Turgut Özal and Recep Tayip Erdogan.

Several successive Islamic parties sprang from this movement from the 1960s and the 1990s, all led by Necmettin Erbakan. New parties were formed because the authorities eventually banned them. In 1987, Erbakan formed the Welfare Party (Refah Partisi), which in 1995 surprisingly won the parliamentary elections. He formed a coalition government in 1996, but was pressured by the military to step down in 1997, because the government was seen as a threat to the secular constitution.

The Welfare Party was banned in 1998, and the Dydspartiet appeared as successor that year. Recep Erdoğan was one of its founders. However, it was banned in 2001, as a threat to secularism. That same year, Erdoğan and Abdullah Gül founded the new Justice and Development Party, the AKP. The AKP is based in the same religious movement, but presented itself as a regular conservative party with no religious profile. Erdogan stated that the role model of the party was the Christian-democratic parties in Western Europe, and that he wished it could become a kind of “Islamic-democratic” party. The AKP won a superior victory in the 2002 parliamentary elections.

An undeniable factor behind the victory was the support of the two huge Islamic movements, Milli Görüş and Fetullah Gülen’s Hismetmovement (more commonly known as the Gülen movement). The first of these had for a long time run extensive welfare work at the local level, something that anthropologist Jenny White sees as central to the building of AKP’s moral and political legitimacy. Another factor that may have contributed to the victory may have been the near-permanent political crisis at this time, with major financial problems and recurring corruption charges against politicians from the established parties. These parties were greatly reduced in size at the election. The party largely built its support on the conservative and religious middle class and the lower middle class in the countryside and inland, as well as the migrants to the big cities. The party also had great support among less wealthy Turks, who saw it as a morally better alternative to the established parties’ notorious corruption and elitism.

In 1980, Demirel was overthrown by the military and General Kenan Evren took over the presidential post. A new agreement was drafted on US military bases in the country and Turkey began to receive $ 1 million annually in rent for these. The trade unions and the activities of political parties were banned, and the Turkish government were from abroad accused of violations of human rights.

In 1983, a new constitution was adopted, and a political opening was launched, aimed primarily at reassuring Western European critics. The new government set itself the goal of becoming a member of the Community, giving new impetus to modernization, distancing itself from more nationalist policies and accepting economic liberalism.

The continuing rivalry between the traditional parties led by the Conservative Demirel and the Social Democrat Ecevit in 1987 paved the way for the Motherland Party’s election victory. The new Prime Minister Turgut Özal threw the country into extensive privatization, economic liberalization and promotion of exports. According to Countryaah, the program was designed by the IMF and the World Bank, which assured that with this policy the country would become rich and be admitted into the Community.- a popular destination in a country where all families have at least one member working in Western Europe. But political freedoms did not follow suit, and the Common Market therefore postponed the processing of the Turkish application, arguing that it was due to high inflation and unemployment, the lack of social policy and the conflict with Greece. These conditions prevented a rapid uptake.

Özal was accused of nepotism, corruption and lack of feeling with the social consequences of his economic policy. He therefore suffered a staggering defeat in the municipal elections in March 1989. Still, he was maneuvered so that in October of that year, Parliament appointed him president. He thus became the first civilian in several decades to occupy this post. Since 1984, the Kurdish separatist movement PKK had waged armed struggle in Kurdistan, and from 1990 this battle hit the Turkish state ever harder.

When the blockade against Iraq began in August 1990 – following the invasion of Kuwait – Turkey interrupted the Iraqi flow of oil through its territory. Although Turkey did not contribute soldiers to the US-led alliance against Iraq, the country allowed its aircraft bases and the North American bases to be used as a starting point for the massive bombing of Iraq. The opposition seriously questioned this policy as it worsened the relationship with a neighboring country in a zone tense because of Kurdish separatism. (See Gulf War)

Ankara also feared that a possible independent Iraqi Kurdistan could “infect” the Kurds in Turkey. The Kurdish people extend over the countries of Turkey, Syria, Iran and Iraq. It is the world’s largest ethnic minority without its own country. Alone in Turkey lives approx. 15 million Kurds who are not entitled to their own language or cultural identity.

In October 1991, with the support of aircraft and helicopters, the Turkish army penetrated northern Iraq to attack PKK bases. Kurdish sources condemned the bombings of the civilian population.

At the October 20 parliamentary elections, Suleiman Demirels defeated the True Way Party (DYP) by 27% of the vote and 178 of Parliament’s 450 seats. The slim majority forced Demirel to form an alliance with the People’s Social Democratic Party (SHP) led by Erdal Inönü. It had received 21% of the vote. The Motherland Party (ANAP) had received 24% of the vote, declaring it was in opposition.

Demirel was faced with a $ 6 billion government budget deficit, a $ 44 billion foreign debt and an annual inflation rate of 70%. Apart from the fundamentalist movements, all political parties agreed that the country’s main political objective was the accession to the EU.

On November 14, a Philippine cargo ship with thousands of sheep collided with a Lebanese ship between the Black Sea and the Maritime Sea, near Istanbul. The cargo ship Madonna Lilli sank on 29 meters of water and carried all her cargo. The flooding of the sheep on the bottom of the sea, the extensive development of methane gas and the use of oxygen in the water were characterized by experts as an ecological timed bomb. The episode also focused on the pollution of Turkey’s most populous city. The canals that traverse the city are heavily polluted as a result of the discharge of untreated wastewater that has killed all life to a depth of 20 meters below sea level.

The women’s organization Purple roof women’s shelter foundation had been formed in 1980. In 1991, it presented studies of men’s violence against women. The results showed that 45% of Turkish men agree that it is proper to punish women when they do not obey their men. The study also showed that 1 in every 4 single women and 1 in every 3 marriages are exposed to violence.

During Prime Minister Demirel’s trip to the Kurdish provinces in December, he was forced to recognize the identity of the Kurdish people. In all villages, the government delegation was welcomed by residents demanding respect for human rights, stopping aggression and ending the torture of political prisoners.

In mid-1992, the banned PKK declared that it had formed a war government and a National Assembly in the area it considers Kurdistan, which includes parts of Turkey and Iraq. A few days later and coinciding with the Kurdish New Year (Newroz), a popular revolt erupted in the southeastern provinces, resulting in violent clashes – especially in the city of Cizre – between partisans and Turkish security forces. Following Turkish Interior Minister Ismet Sezgin’s visit to Damascus in April, Turkey and Syria announced an agreement to fight Kurdish “terrorist organizations”. The Syrian government agreed to close the PKK training camps in the country and tighten control at the common border.