Of the residents, 91 percent are Polynesians and 7 per cent are mixed with elements of Polynesia and Micronesia. Due to guest work abroad, only 46 percent of the population is male. More than 1/3 of the population lives on the very densely populated atoll Funafuti. 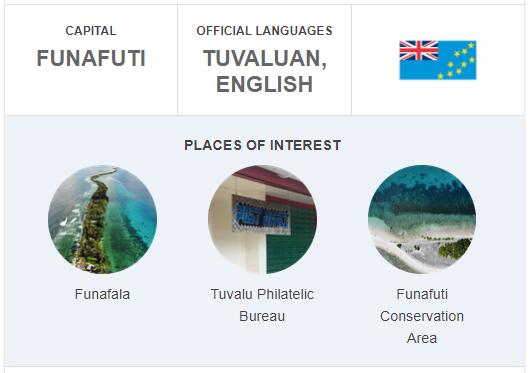 According to Countryaah, the majority of the population speak Tuvalu, a Polynesian language that is close to Samoan. English is also widely spoken. Both languages ​​are official.

The whole community is permeated by the church, which early developed its own form of leadership, discipline and culturally shaped church community. In the 1860s, missionaries with Congregationalist backgrounds came from Samoa and built churches and schools. With closely related languages ​​and cultures, the transfer was simplified. Many Tuvalu went after training to other island groups in Polynesia and Melanesia as missionaries. The Tuvaluans belong to the now autonomous Ekalesia Kelisiano Tuvalu 86%, while there are also smaller church formations with Seventh-day Adventists and Roman Catholics.

Island state of Oceania, in the Central West Pacific, with Vaiaku as its capital. The territory consists of the coral archipelago of the Ellice Islands, originally inhabited by Polynesian populations, and reached for the first time in 1568 by the Spanish explorer Alvaro de Mendana y Neyra. The archipelago was rediscovered in 1819 by the British brig Rebecca, and was given the name Ellice Islands (named after E. Ellice, Member of Parliament and owner of the brig). In 1861 the work of the missionaries of the London missionary society began. The archipelago became a British protectorate from 1892, united with the Gilbert Islands, and then a colony from 1916; in 1975 it assumed its current name and in 1978 it became independent within the Commonwealth. Under the 1978 Constitution, the head of state is the British sovereign, represented by a governor general. The state is a parliamentary monarchy; the Parliament has just 15 members. In 1981 the first political elections were held which gave rise to the government chaired by Tuvalu Puapua (confirmed by the 1985 vote). In the sept. 1989 Puapua was defeated by the former Minister of Community Services, B. Paeniu, who in turn was replaced by K. Latasi in 1993. Meanwhile, relations with Great Britain were deteriorating: in fact, Tuvalu was demanding development aid and compensation for the damage suffered in the Second World War. The British lack of availability brought out the proposal to transform the country into a republic, which was rejected by the Parliament (1992). Prime Minister K. Latasi, elected in 1993 and determined to reduce relations with Great Britain, was defeated in the 1998 elections, which brought back to the Paeniu government, which was succeeded in 1999 by I. Ionatana. The sudden death of the latter (December 2000) opened a phase of instability. The 2002 elections saw the success of S. Sopoanga, who relaunched the intention to change the institutional structure of the country and establish a republic, this time through a referendum ; Sopoanga was also placed in the minority in Parliament (2004) and replaced by M. Toafa. The 2006 elections changed the picture: no minister was re-elected, so that the opposition leader A. Ielemia was appointed prime minister, replaced in 2010 by M. Toafa and then by W. Telawi. Since feb. 2000 Tuvalu is a member of the UN.