In the southeastern corner of the Arabian Peninsula, between the Jabal Ajdar mountain range of Oman and the rocky Najd steppe in the central peninsula, extending to the Gulf Coast, lies the Rub al-Khali Desert, which covers most of Saudi Arabia and almost all of it area known as the United Arab Emirates (United Arab Emirates, UAE).

Until the 6th century, the oases that spread throughout the area had enough water reserves for the very few inhabitants to be able to farm. According to Countryaah, the people who spoke various Arabic dialects consisted partly of farmers, traders or artisans, concentrated in smaller rural communities and partly the so-called “Bedouins”, a nomadic people. The coastal population was engaged in fishing in the Gulf. 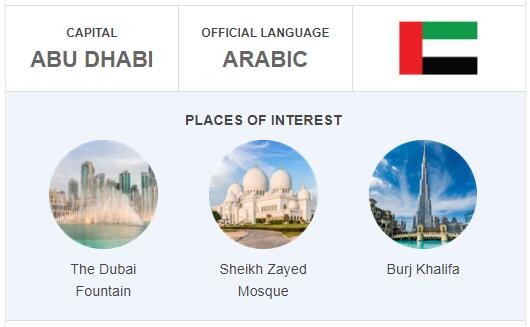 Although the Bedouins were a minority group, they ruled by virtue of their mobility and their armament over the farmers and craftsmen. Bedouins can be characterized as a typical tribal culture, led by more or less stable heads of families.

Among the peasants and shepherds, religion had a social control function; though apparently not in a clearly defined form. The local gods were identified as astronomical phenomena and could be materialized into stones, trees or animals. Certain families who believed in the ability to interpret the speech of the gods gained control over the rest of the population.

The Byzantine and Sasanid empires remained in constant war with each other until the beginning of the 7th century; conflicts involving the entire peninsula, albeit not directly for the Emirates. In any case, these conflicts, together with the establishment of trade routes, led many emigrants.

While Muhammad was still alive, Islam was introduced without any major problems. It helped to support the power of local tribal leaders, but did not change significantly in the way of life of the people.

With the death of the Prophet, conflicts arose between various groups fighting for the religious power. One of these was the Ibad, the direct descendants of Muhammad, who founded Oman in the middle of the 8th century. Oman remained independent until the end of the 9th century. when it was subjugated to the Abasids whose caliphs claimed to be universal authorities; their capital was Baghdad.

During the 11th century, the Sunni branch of Islam developed from being the religion of the rulers to being the general. However, the Ibadas continued to be a strong religious authority until the 15th century.

The ports of the Gulf Coast were of great importance for the textile, glass, porcelain and spice trade with China ; From these ports the goods were transported via the oases to the Red Sea.

During the 17th and 18th centuries, the Ottoman Empire conquered most of the peninsula, but never reached the coastal area in the southeastern corner. The Ibadis had re-established their kingdom during the Yaribi dynasty, while Bahrain, further north, had been subject to Iran.

Out of reach of the Ottomans, the Southeastern area became a trading center, ruled by families who had direct links with the merchants; an extensive pirate business also arose, which led to the area becoming known as the «pirate coast».

The widespread use of European merchant ships by sea to Cape Town has led to considerable upheaval. Little by little, the influence of the English grew in the area; they used the ports of the Gulf as a stop on the way to India and started a fight against the pirates.

By entering into agreements with the local leaders, the English succeeded in the early 19th century to gain total control of the area. The so-called “ceasefire”, the new name that replaced the “Pirate Coast”, consisted among other things. of Abu Dhabi, Dubai and Sharja. Relations with Britain continued until the early 20th century.