Yemen had an average population density of 54 residents per km 2 in 2019, but the population is concentrated to the larger cities and to the fertile coastal regions. As a result of the unrest in the region, the population figures are uncertain. Since the 1990s, the country has received a large number of refugees from the countries on the Horn of Africa, mainly from Somalia. The UN Refugee Commissioner (NHCR) estimates the number of refugees in Yemen at 420,000, of which 170,000 come from other countries and 250,000 are people who have escaped the country’s internal unrest.

According to Countryaah, the indigenous population is Arab and represents about 95 percent of the country’s population. They are Muslims, of which 45 percent are Shia and 55 percent Sunnis. Of the former Jewish population, only a small remnant group remains in the cities of Bayt Harash and Raydah. Indigenous peoples dominate Indians (from, among others, Gujarat, 2 percent) and Somalis (3-4 percent). 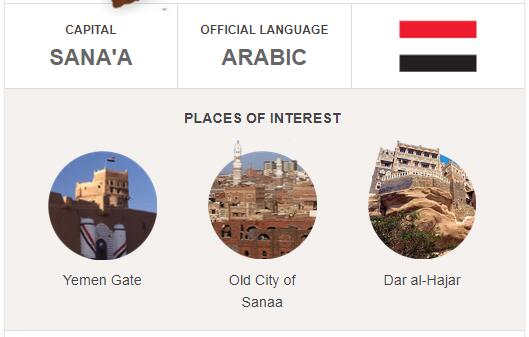 The official language is Arabic. The dialect differences are very large, especially in the northwestern mountain country. In Sokotra, sokotri is spoken and in eastern Hadramawt is spoken mehri, both belonging to the Southern Arabic language group.

An overwhelming majority of the population is Muslims. Of the ancient Jewish population, only a hundred people are left behind after a massive emigration to Israel. Estimates of the distribution between the two largest Muslim groups of Sunni Muslims of the Shafi’ite law school and Shia Muslims of the Zaydite branch vary between 50 percent to two-thirds of Shafi’ites and one-third of Zaydites. There are also a few thousand Ismailites (another branch of Shia).

In the 19th century, Muslim reformers emerged, as in other parts of the Muslim world, and in Yemen this led to a theological approach between Shafiism and Zaydism. During the 20th century, therefore, conflicts tended to be defined by ideological and tribal divides rather than between Sunni and Shia. In the 1980s, however, Sunnis emerged from Salafist groups that emphasize Sunni identity (often inspired by the Hanbalitic law school rather than the Shafi’ite). These were both non-militant and jihadist, and then al-QaedaSaudi and Yemeni branches merged In 2009, al-Qaeda in the Arabian Peninsula had its base in Yemen. At the same time, among the Zaydites arose al-Shabab al-Muminin (Believer’s youth) who then became the huthir movement (compare the huthirebells) and emphasizing zayditic identity.

Sana, Sana’a, the capital of Yemen; 1.94 million residents (2012). The city is situated at an altitude of 2200 m in the country’s central highlands and has been around since the 2nd millennium BC. has been the area’s economic, political and partly religious center. The city core consists of two parts; the oldest with souk (bazaar), high-rise buildings, caravans and mosques are surrounded by a wall that has been restored with the help of UNESCO, which also has other conservation projects in the city. The second part was built by the Ottomans in the 1800’s. Outside the city center, the modern city has grown. Sana continues to be a political and economic center and also has some industry as a result of foreign aid projects.

Only a few Arab cities, like Sana, have retained their traditional character, characterized by a dense urban pattern with five- to six-storey tall citizen houses, preferably of yellow-brown bricks; the facades are decorated with whitewashed pattern masonry and stucco ornaments. In the center of the city, besides the caravanserais, lies the main mosque al-Kabir (600th), a major Islamic center; Here, Danish explorer Carsten Niebuhr attended a Friday prayer with the ruler of Yemen at the head of his research trip in 1763.

Sana, an important Arab center for Judaism and Christianity, was conquered by Ali ibn Abi Talib in 632 and converted to Islam. From the 800-h. until 1962, the city belonged to the Zaydi imamate. From the late 1800’s. until 1911, Yemen was subjugated to the Ottomans, and by the end of World War I, Sana became the capital of Northern Yemen until 1948. The city became the new republic of Yemen in 1990. In 2014, Sana was conquered by Shiite Houthi rebels and the official capital temporarily became moved to Aden. The Saudi-led coalition, which supports the fight against the rebels, bombed Sana in 2015; several historic buildings were destroyed.

Sana has experienced rapid population growth, which has put a great deal of pressure on both infrastructure and resources. Severe water shortages are expected in the city and its surroundings within a few years (2011).